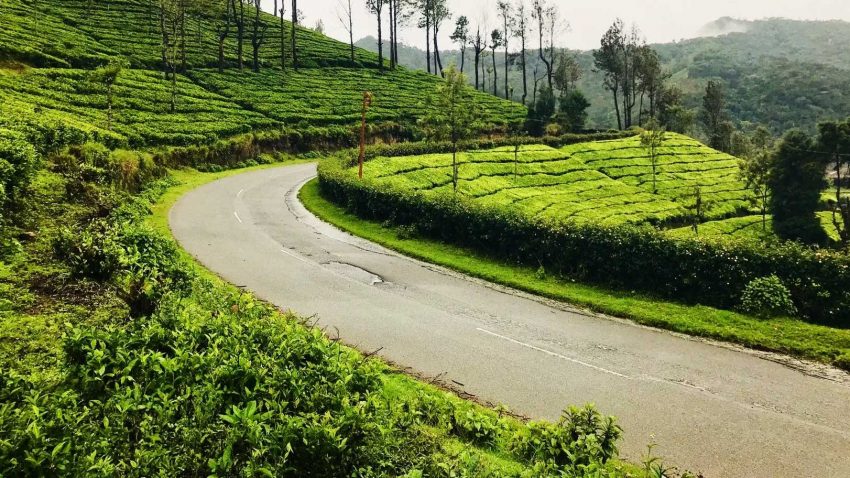 “Nothing to worry! Rain isn’t your enemy. But, a much-needed friend.”

There was a time when rain was seen as happiness and a symbol of wealth. Things have changed in recent times when it comes to rain. Monsoon is the season for farmers. To get to the action and feed the world. Heavy rainfall is the outcome of random Natural movements. That is the thing about Nature. She behaves inexplicably yet holds on to her beauty. Fake media posts, misguided social media sharing, and irrelevant videos of the past have made rainfall look like a monster. Understand this irony – We want to travel to green and naturally rich surroundings but we want rain only when we are having a cup of coffee listening to our favorite piece of music. Nature is unaware of these comfortable souls and showers when it feels like and shines when it wants to. All we can do is experience its surreal magic!

The word “Travel” is derived from “Travailen” (1300) which means “to toil, labor” or “to go on a difficult journey.” Traveling was once not associated with getting lost, wandering, soulful pursuits, and happiness alone. It was a compendium of all human emotions but gave the most unforgettable experience possible. As the world shifted more toward comfort, traveling too became a joyous pursuit in the modern period, especially after the Renaissance era. There is nothing wrong about it, yes! People should remain safe and secure. But, how come one say no to rain accompanied travel? How will water scarcity come to an end without a big monsoon rain? What’s happening in Kerala and Karnataka and some lucky parts of Tamilnadu is a normal occurrence. Monsoon is a season just like Summer and Winter. Also, the arrival of monsoon was late this year, i.e. there is relief only for some amount of water scarcity problems.

In Kerala and Karnataka, rainfall is slowly going to descend too. All blocked roads for safety reasons will be open soon and the Western Ghats will pose its best during Monsoon. Some cooked up media stories are threatening people with their irrelevant last year videos too. We need to observe what’s happening and find a solution accordingly. If we keep responding and sharing fake pics and stories, real catastrophes cannot be evaluated and addressed properly. As a safeguarding measure, Cochin International Airport is shut down for a few days. It will be back in no time. After 15th August, Periyar Tiger Reserve will be open for normal activities. Dams have ample space to accommodate water. For now, only Kabini is full and it is a welcoming sign too for cities with less underground water.

Let us all hope a great year for the farmers of South India. They will require more water as most of the grounds are already dry. River Cauvery is going to grasp its lost strength in less than a week. Cauvery River will flow in its fullest form and will prime the Delta farmers ready for cultivation.

Places like Munnar, Wayanad, Chikmagalur, and Coorg have received more rainfall and occasional landslides are common during rainfall. The primary reason for closing roads temporarily. A normal scene during rainfall all around the world, especially in hilly terrains like Ooty and Nilgiri. Apart from these areas, major cities like Chennai and Bangalore are suffering from water scarcity problems. Tamilnadu is going into the monsoon phase only by November 8th, 2019.

This is a recent problem in approaching rainfall. Rain should not be seen as a threat but as an asset, relief, and happiness. We should responsibly treat monsoon to save people from unnecessary trouble. Ignore cooked up stories and fake social media sharings but analyze before sharing. Spread positivity!

Let tourism flourish in all parts of India. Let Nature fill up the dry zones for serving humanity better the upcoming year. There is no point in pushing tourism to darkness and later complain about the economy of the country. As responsible citizens of India, we shouldn’t glorify a seasonal issue but find solutions along with the government for creating a stable economy. We need to throw a positive light on social media and spread truth alone. So, enjoy this monsoon season, travel safe, take care of your beloved ones, and think before you click the share button. Let Nature do the talking and save us from future water scarcity problems.

Monsoon is a Gift of Mother Nature.

Travel takes every human one step closer to their next adventure.