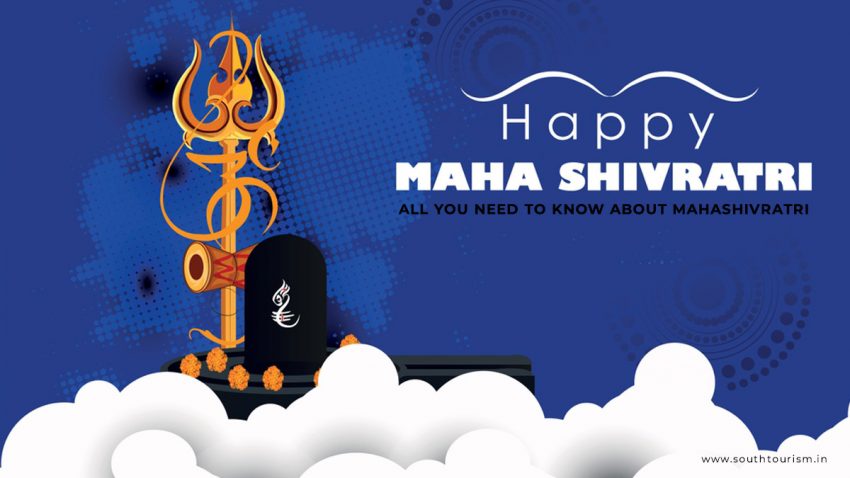 Every festival in India is deeply rooted to the heritage and culture practiced since ages. Needless to say, spirituality is the strongest thread connecting the diverse ends of the country to glorify as the largest segment of people following Hinduism, the world’s one of the oldest surviving religions.

Maha Shivratri is one such festival celebrated with immense spirituality and devotion. People worshipping Lord Shiva consider Maha Shivratri a highly sanctimonious festival, which falls between Mid-February and Mid-March every year.

An all -night activity loaded with religious rituals, poojas, chanting and meditation is the key to find the inner YOU and is highly recommended that Maha Shivratri is the ideal day for this spiritual pursuit.

Shiva – What does the name really mean?

Shiva is visualized as the presiding energy of all the creations in this Universe, as per the philosophy of Hinduism. Shiva is a word that represents all-encompassing energy and potential or consciousness. Life of a human transforms into a blissful experience if his body, mind and soul aligns with the energy level of Shiva while he is on a complete worshipping mode and is embraced by rays of cosmic energy.

The spiritual calendar of Indian culture was once filled with festivals round the year. The practice of celebrating every event with a festival is the way of life in ancient India. Festivals are there for every simple social event and also for bigger events and victories Out of all such festivals, Maha Shivratri has its own significance in Hinduism.

The Fourteenth Day of every Lunar month is celebrated as Shivratri. Elaborate poojas are done even in small temples with presiding deity as Lord Shiva on this day. Shivratri day is considered to be very auspicious and devotees worship Lord Shiva. Out of twelve Shivratri days, Maha Shivratri which falls between Mid-February and Mid-March is highly revered. Scientifically, it is strongly believed that the planets positions instigate a sudden surge of energy in humans. Spiritually, Maha Shivratri is the day when Lord Shiva performed his epic cosmic dance, which is now taken as an analogy for the concepts of Big-Bang Theory and Meta Physics.

What happens on the day of Maha Shivratri?

Maha Shivratri is a highly revered festival for  devotees  worshipping Lord Shiva. The temples witness large number of devotees on this special day. Poojas are done throughout night and people stay awake.

Legends claim that Lord Shiva’s incarnation as a cosmic dancer happened on this day, making it very auspicious. So, almost all the Shiva temples host the classical Bharathanatyam performances by veteran dancers as well as by beginners. The dance festival is aptly named as Natyanjali, a tribute to the cosmic dancer in the form of Dance. It is worth mentioning that the Brihadiswara temple at Tanjor and Lord Nataraja temple at Chidambaram, both the temple towns in Tamil Nadu are highly popular for hosting Natyanjalai at a very large scale with hundreds of dancers offering their tributes to the Lord.

Lord Shiva in the form of Linga idol or in the form of Lord Nataraja is anointed with various items like honey, sandalwood paste, milk, ash and the list is indeed very long. As per the pooja traditions in any Shiva temple, anointing, decorating with flowers and new clothes and lighting lamps are followed in sequence during this night long festival.

Purohits chant the hymns glorifying Lord Shiva, chant Rudram and other mantras whereas, scholarly people deliver spiritual discourses and musical concerts are hosted at different parts of the temple.  Devotees observe fasting for the entire day and after the poojas are over, everyone breaks the fast the morning to have Prasad offered at the temple.

Yogic science which originated in India thousands of years ago strongly claims that one who stays awake throughout the night on MahaShivratri gets all the positive energy from different planetary positions and he gradually transforms into a spiritually inclined person with his body, mind and soul perfectly aligned.

The philosophy of Hinduism reinstates on many occasions that every single moment of life is to be blissfully lived so that the ecstatic experiences nature and spirituality offers to mankind can be completely experienced. This tendency of leading a peaceful spiritually and ethically inclined life can be improvised by sitting on meditation and yoga on the night of Maha Shivratri, which is codified as a nightlong procedure in Hinduism for the absolute benefit of mankind.

Let’s celebrate Maha Shivratri, the cosmic dance of Lord Nataraja, whose uninterrupted dance keeps everything in the universe intact and the religious procedures which take us through an indomitable experience leading us to a better transformation.

Visit any of the Shiva Temples on this Maha Shivratri day on 11th March 2021, take back bundles of memories travelling with you for the rest of your life.

Plan and book a customized temple tour packages with South Tourism and visit the popular Shiva temple in South India and seek the blessings of Lord Shiva during this auspicious day.

From travel to stay and from dining to shopping, South Tourism can help you to get the best experience at the best price on every spend and booking.

For more travel details and bookings, feel free to visit www.southtourism.in and get free quotes for your itineraries.

Comment below which Shiva Temple, you have visited during this Mahashivratri…..