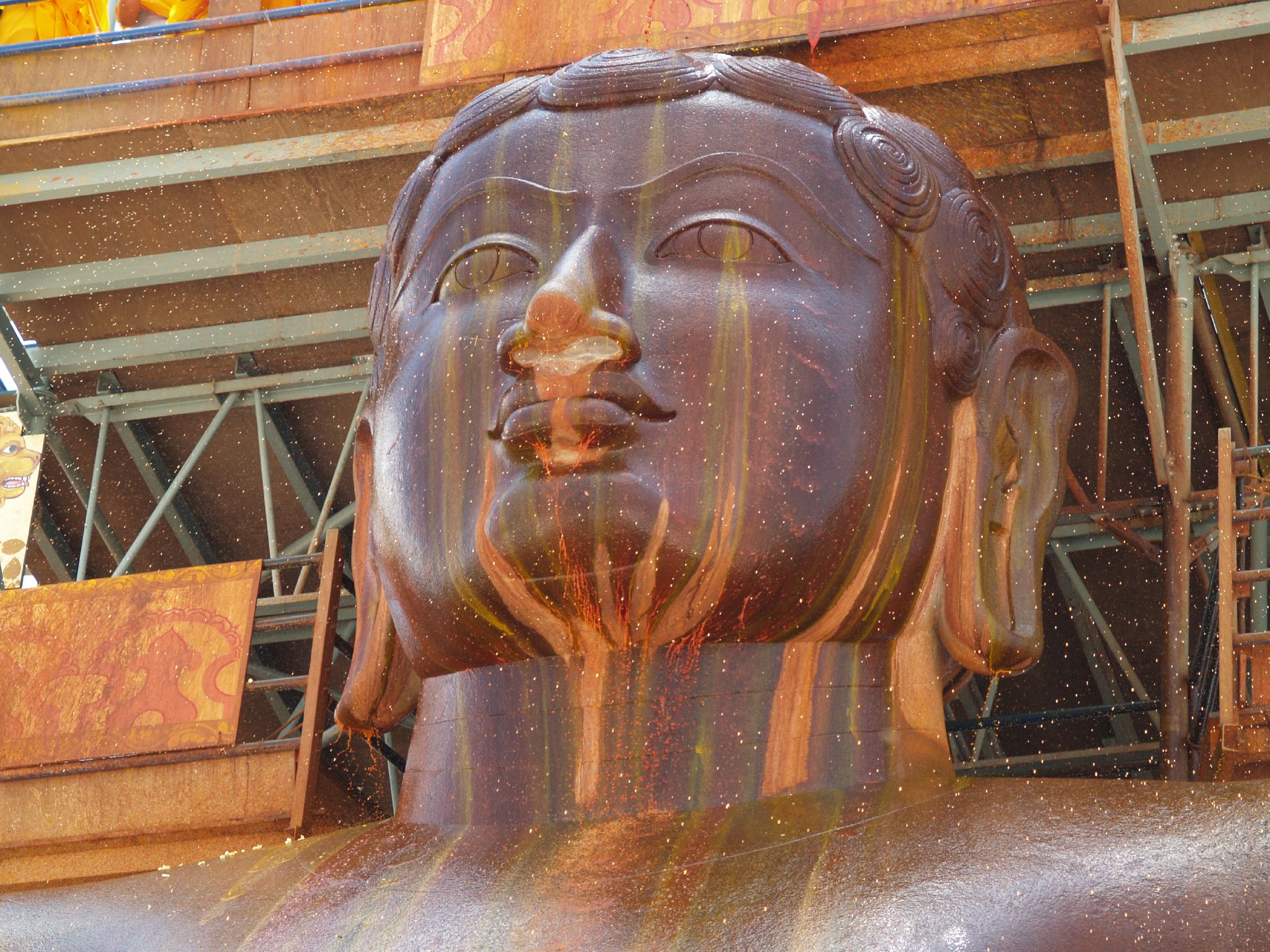 The first among the seven wonders in India, the largest monolithic statue in the world, attracting thousands of tourists every day is the statue of Gommateswara or Bahubali installed in the place called Shravanabelagola. You can reach this place which is at 51 km to the south of the state center Hassan in Karnataka. The place is at a distance of 83 kms from Mysore and 158 kms from Bangalore. The statue stands as the testimony for the religion Jainism which was predominantly followed before 10th century AD in Karnataka as a Digambara Monastic Tradition. The place has seen many dynasties right from Ganga Kings, Rashtrakutas, Hoysalas, Vijayanagara Empire and finally the Royal Mysore House Wodaiyars. Sharavanabelagola is actually on two hills called Chandragiri and Vindhyagiri. The Mourya King Chandragupta Mourya is believed to have spent his last days here leading an ascetic life. There are eight temples in these two hills built by different Kings during different centuries. This place finds mentions in various Historic records with its more than 800 inscriptions illustrating the growth of Kannada Language and Literature.

The 58 feet tall Gommateswarar statue, installed in the 981 AD by the then King Chavundaraya to honor his mother, stands on the hill Vindhyagiri with lot of inscriptions in the Devanagari script on its base. The Lord is called as “Bahubali” by Jains. There has been a wonderful tradition of anointing this huge statue every twelve years. From the inscriptions, we come to know that the anointing festival called “Mahamasthaka Abhisheka” took place for the first time in 1398 AD and recently it was in 2006. So , the entire Karnataka and people living abroad following Jainism are eagerly looking forward the next anointing ceremony in 2018. The next Maha Masthaka Abhisheka (Maha – Big, Masthaka – Head, Abhisheka – Anointing) falls on February 21st 2018. The events related to this have  already started and the next event is between August 11th and August 13th, 2017, titled as All India Jain Women Conference.

The anointing festival is formally inaugurated on February 7th , 2018 with the religious rituals performed by the Pontiffs in Jainism. The actual celebration falls on February 21st, 2018. Lakhs of devotees from across the world will be attending this festival and the Prime Minister of the country with the other VVIPs from the state and central will be witnessing the ceremonies. The huge statue will be anointed with water, turmeric, rice flower, sugar cane juice, sandalwood paste, saffron, gold and Silver flowers.

Come and join us in witnessing the world’s largest free-standing statue being anointed and get the blessings of Lord Bahubali.