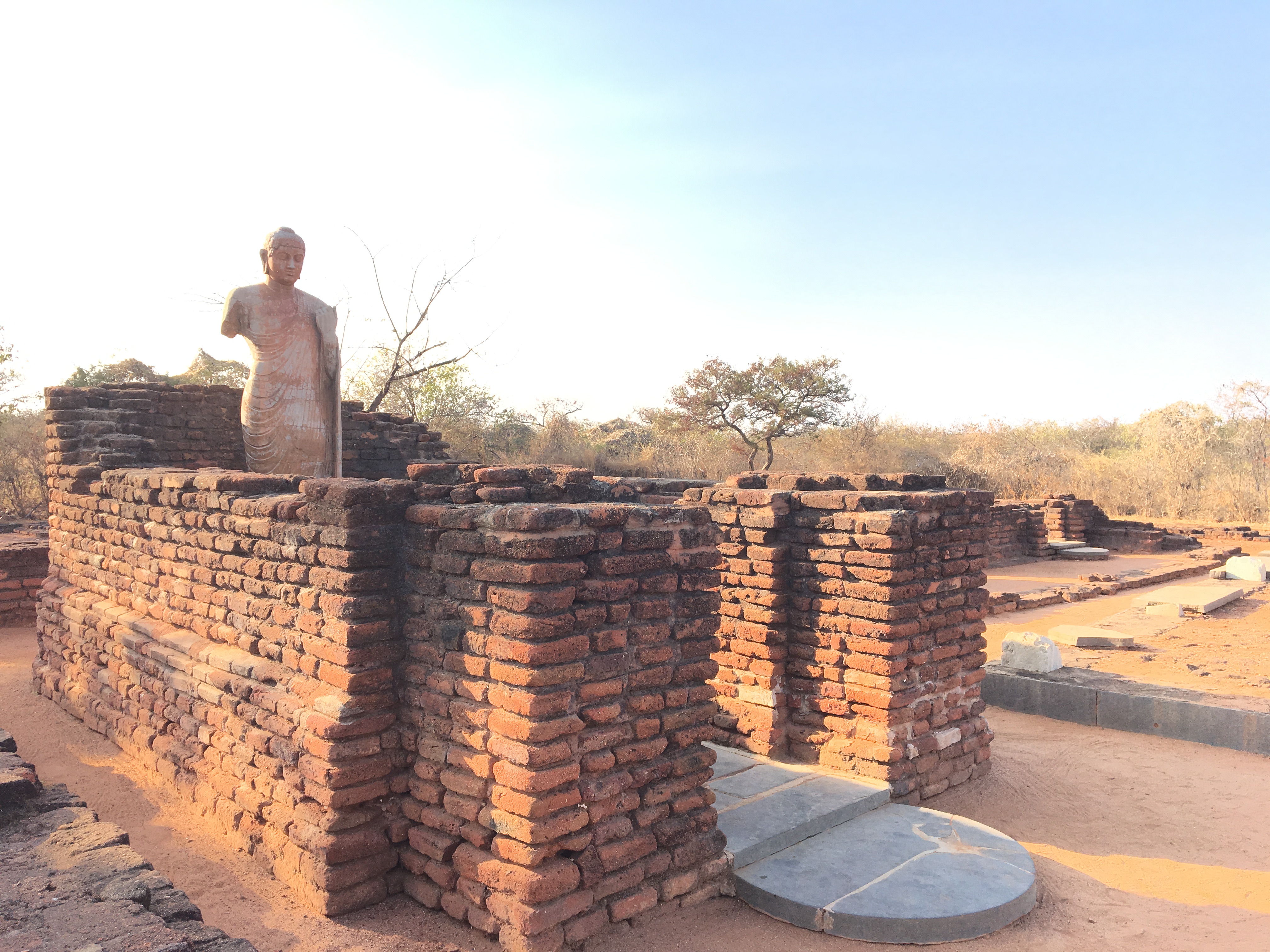 Nagarjunakonda is one of the most noted Buddhist pilgrimage sites in India. It was a fully developed metropolis and a renowned Buddhist learning centre for years. Students from all over India and from countries such as China, Sri Lanka and much more used to reside here and undertook their Buddhist studies. If you are a Buddha follower, you must not miss Nagarjunakonda at Andhra Pradesh. It was the construction of the Nagarjuna Sagar Dam which led to the discovery of various Buddhist artefacts and scriptures and thus it was concluded that the area was home to an ancient Buddhist civilization 1800 years ago. The collection was then transferred, reassembled and preserved on an island hill spanning 144 acres surrounded by the River Krishna. 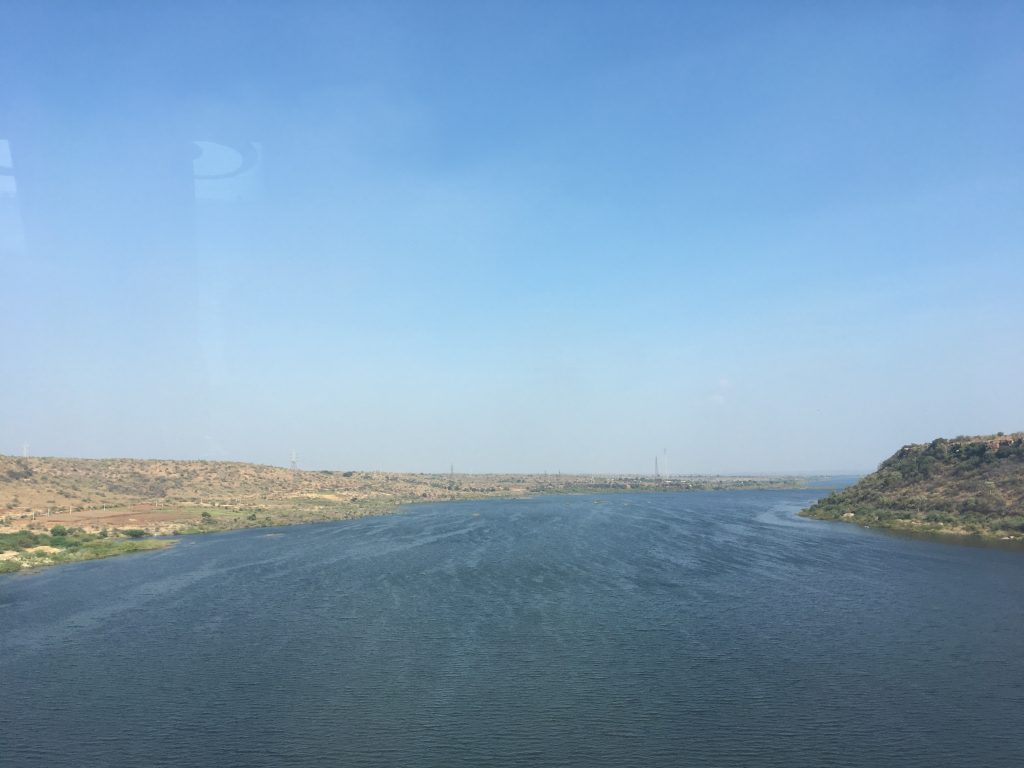 History goes like, Nagarjuna, a famous scholar of Mahayana Buddhism lived here during the 2nd century AD and it was his influence which spread Buddhism in the Southern parts of India and South Eastern parts of the Asian continent. Thus, the place was named after him, Nagarjunakonda or Nagarjuna Hill [Konda in the Telugu language means hill]. Though I am a Hindu, I am very much interested in Buddhist principles as well. I decided to make a visit and see for myself what we have got to see at Nagarjunakonda.

I started early in the morning from Hyderabad to Nagarjunakonda. It is a 4-hour journey covering nearly 160 km. The roads are great which helped me reach Nagarjuna Sagar dam in 3.5 hours. This huge dam we all know is an Earth dam and is one of the largest of its kind.

The location is a beautiful, green and hilly area. The ferry launch station is again a 15-minute drive which involves few hairpin bends as well. I reached the ferry area and paid my entrance fees. For foreign nationals, it costs Rs. 200/head and for Indians, 20 Rs/head. Also, there are fixed ferry timings, 9:30 am and 1:30 pm every day. Ferry ride fee is Rs 120 for adults and 100 for children.

The ferry timing for me was 1: 30 pm and it was only 12. I grabbed 2 Bhajjis [local snack] and tea from a local tea shop, fast forwarded 1 hour and I walked on to the boarding spot. I was amazed by the beauty of the surrounding landscape in front of me.  I hopped onto one of the three motorboats parked by the side. I was informed it would be a 45 minutes ferry ride to reach the Nagarjunakonda island museum. It is the only island museum in India and two of the same in the world. One is at Berlin, Germany and the other is at Nagarjunakonda, Andhra Pradesh.

There were nearly 20 passengers on board, all tourists from different parts of the country. As we moved, we enjoyed some gorgeous views of the island and the Krishna River. We could see locals rowing round country boats looking for a good catch. 35 mins gone and I could see the walls of the island museum. The museum is opened to visitors from morning 9 am to 4 pm every day except Friday. It is closed on Fridays.

I started walking my way to the museum. The Nagarjunakonda island museum is a near 500 m walk from the boat dropping point. I reached the museum. Cameras are not allowed inside. I went on to check out all the collections on display. The collection of the museum consists stone tools, coins, scriptures of Lord Buddha and of Mucalinda, the Naga [serpent], spears, hammers, carvings narrating the story of Buddha from his birth to his Mahaparinirvana and lot more of other antiquities. An earring and a tooth are also up for display here, which many believe is among the corporeal remains of Lord Buddha himself. I spent next half an hour at the museum. 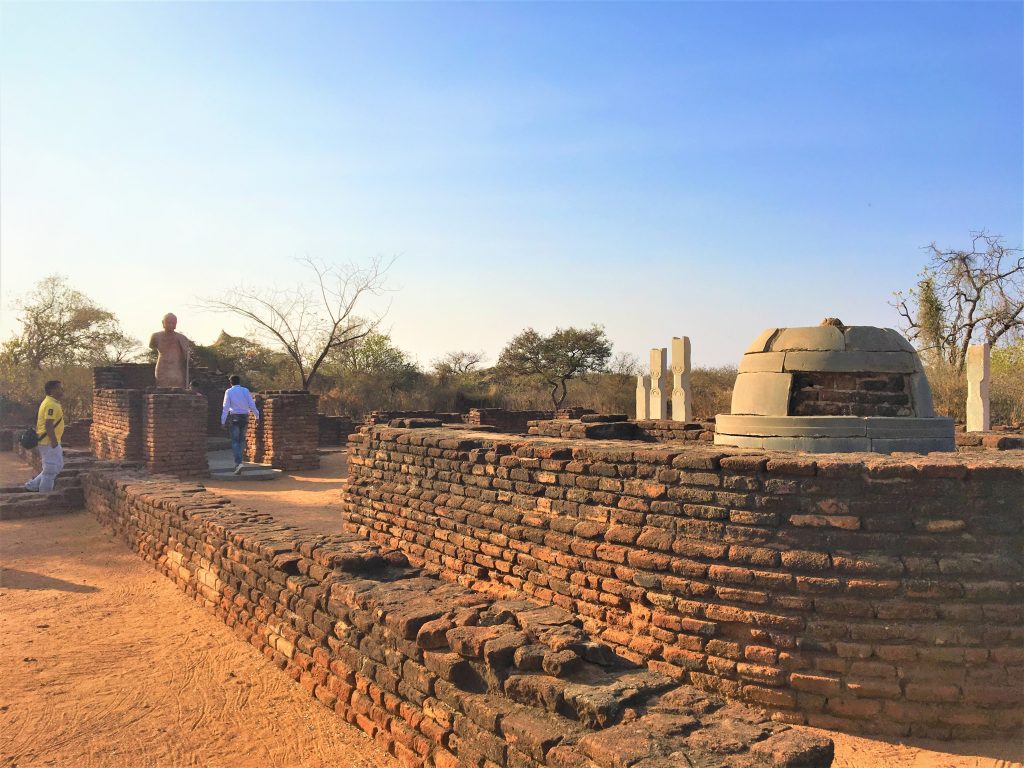 I followed the crowd to find what else there is to see. First, we came across the Maha Stupa, which is the oldest monument here at Nagarjunakonda. We reached a spot where I found a stupa and a broken statue of Lord Buddha standing tall, probably 10 feet tall. 100 meters to its right there is another Chaitya stupa belonging to 3rd century CE. Later I returned to the boarding point and left the island. I enjoyed the 45 minutes cruise back to the ferry launch station. For me, it was the highlight of the Nagarjunakonda tour.