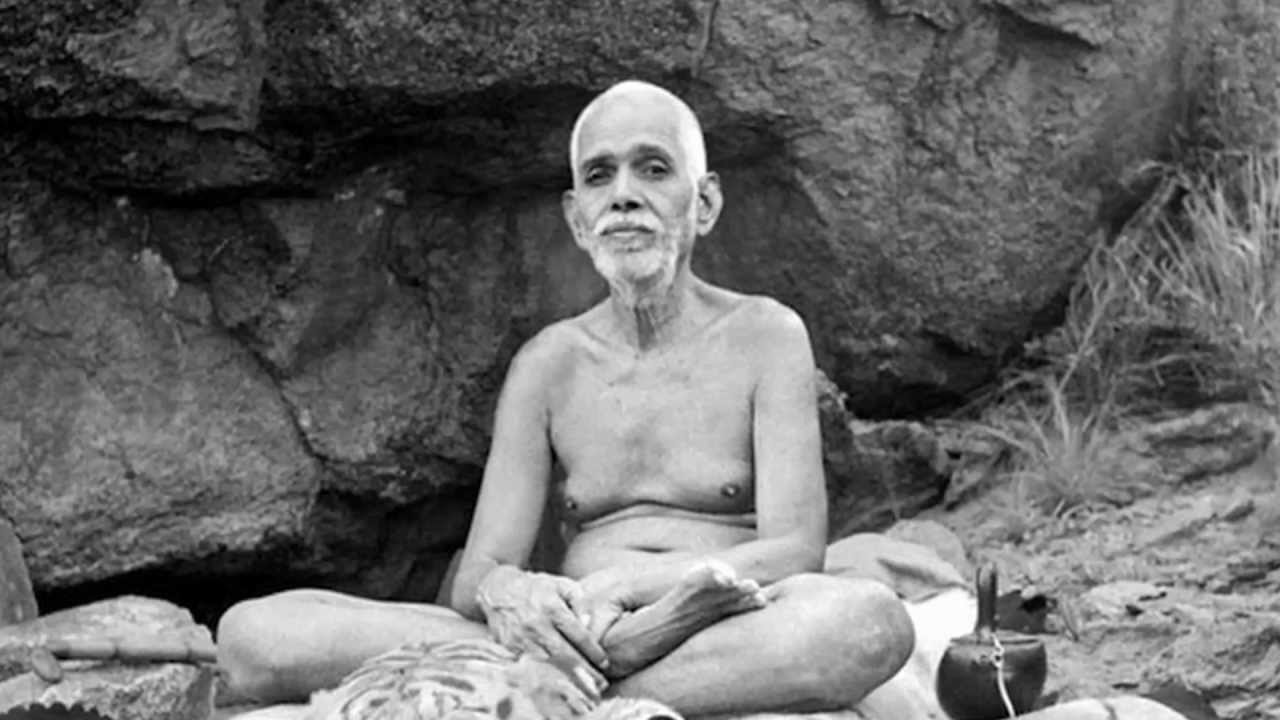 Enlighten your soul with the preaching’s of Sri Ramana Maharishi on his 137th birthday, which is popularly celebrated as the “Bhagavan Jayanthi” by his devotees. When Vasudeva Sastri requested Ramana Maharishi to allow his devotees to celebrate his birthday, he said: “At least on one’s birthday one should mourn one’s entry into this world (samsara)”. At the age of 16, he met with an accident which was a near-death experience for him. Thus started his quest for the soul. He went to Tiruvannamalai and spent his entire life there, where later an ashram was built in his name “The Ramanashramam”.

It is very popular not only among the local people but equally among the foreigners. Many people from other countries come, stay there to meditate and seek the blessings of the yogi. They lead a simple life staying thereby doing all the ashram work by themselves. They make handmade crafts and sell according to their interest. Even though the ashram is inside the city, you can feel the calmness fill your heart when you enter the premises. The ashram is surrounded by trees which serve as a shelter for monkeys and peacocks. People believe Bhagavan Sri Ramana Maharishi Samadhi is present there, where the pujas and rituals are be held daily.

His most powerful way of preaching was about the “Eshwara” or “Jnani” inside us. One should know the reason for their existence in this world and to find that means true wisdom. The focused question of “I”; the self-realisation will free you from the temporary things in life. ‘For whom it’s happening?’ and ‘who am I?’ should be the constant question to be searched. It is not difficult to reach the divine reality because it’s already existing. “There is nothing to attain, only question the illusion and it will disappear

Although his birthday is on 30th December, people celebrate it on the Punarvasu star of Maargali month (dec-jan). The most important ritual is the Maha Ekadasa Rudhrabhishekam which will be held in the shrine of his Samadhi. The ashram and the new hall where Samadhi is present are decorated with florals which build up a fresh environment for the devotees. The puja will be followed by the bhakti chanting, music concerts, spiritual discussions about the life of maharishi.

This is not only famous in the “land of Mukthi”, Tiruvannamalai but it is also celebrated in the Arunachala ashram by a large group of devotees in the city of New York. They follow the puja with recitations, bhajans and serving of people with Prasad. As the words of guru, the body is temporary but the soul or eshwara which resides inside the body has no destruction. You cannot change the world with your opinion but being an example. He left an example for us and even though he passed away, his soul remains immortal which guide us out of ignorance to attain our true wisdom in life.