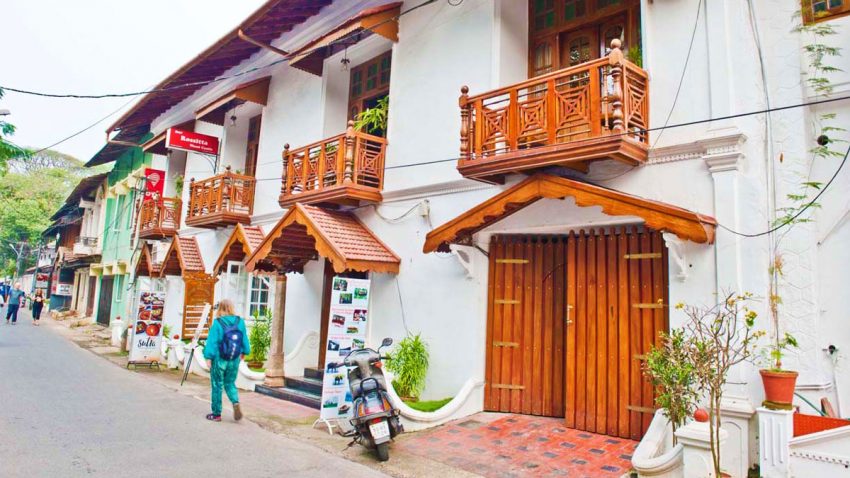 Nat Geo Traveler India of National Geographic has ranked the iconic seaside town of Kerala, Fort Kochi as ninth among 25 top tourist destinations to explore in 2020. It is indeed a great privilege for the Tourism Department of Kerala. The other destinations that is listed in top ten positions are Mostar in Bosnia and Herzegovina, Guizhou Province in China, Tohoku in Japan, National Blue Trail in Hungary, Telč in Czechia, the Magdalen Islands in Canada, Wales Way in the United Kingdom, Abu Simbel in Egypt, and Zakouma National Park in Chad.

The Magazine had described Fort Kochi as the oldest European settlement in India and also pointed out that it is gaining notice as a buzzing new arts hub. This seaside town was founded in 1500 and is located in the state of Kerala on the southwestern Malabar Coast. The historic Fort Kochi has witnessed a multilayered colonial past where you can find several Dutch- and British-era properties house galleries and cafés.

National Geographic Traveler also mentioned that “the four-month-long Kochi-Muziris Biennale conducted every year at Fort Kochi is the largest event of its kind in South Asia. The Biennale was launched in 2012 and it showcases contemporary international, Indian, and cross-cultural visual art and experiences, like Singaporean-Indian artist and writer Shubibi Rao’s 2018 “The Pelagic Tracts,“ which is a multifaceted deep dive into a world where books are the most prized commodity. The fifth edition of Kochi Muziris Biennale is set to run from 12th December 2020 to 10th April 2021, with Shubibi Rao as its curator”. The best time to visit Fort Kochi is from December to April, according to National Geographic Traveler.

If you wish to know more about Fort Kochi, read on:

Known for its old-world charm, Fort Kochi, a charming seaside town in the south-western part of Main Kochi in the state of Kerala is a prominent tourist spot admired by travellers all over the world. In the year 1503, the Portuguese built a fort named Fort Emmanuel in Kochi, near the sea with the permission of the King of Cochin whose surroundings later came to be popular as Fort Kochi. It was once the major hub of Portuguese, Dutch and British administration which has witnessed both the rise and fall of these European powers. Dotted with old colonial bungalows, historic monuments, rows of Chinese Fishing Nets, the makeshift shacks, the beachside eateries, and many more, this quaint little city keeps reminding us of the colonial powers that once ruled over the place.

Fort Kochi is one of the best places in Kerala where you can explore the priceless European architecture. You will also find here the historic St. Francis Church which is deemed as the first Church built by Europeans in India. One can still get a glimpse of Fort Emmanuel here at Fort Kochi, which stands as a symbol of the strategic alliance between the Maharaja of Cochin and the Portuguese Monarch.

A remarkable attraction of Fort Kochi is the huge cantilevered fishing net called the Chinese Fishing Net which is locally known as “Cheena Vala” that has now been used for more than 500 years. Moreover, Fort Kochi is the most happening city in Kerala which hosts many cultural and entertaining events and shows like the annual Kochi Muziris Biennale, Cochin Carnival, and many more. The place also offers a great opportunity to witness the classical dance drama of Kerala, Kathakali in the most traditional style.

Fort Kochi is a destination for all, as there is something to entertain everyone at this fabulous tourist destination. While nature lovers indulge in the charismatic charm of Fort Kochi, the beach bums can explore the pristine palm-fringed beach of Fort Kochi. A treasure trove of numerous historical edifices, Fort Kochi is an added delight for history buffs and archaeological enthusiasts that is sure to take them right back to a different era back in time.

Shopaholics too have a wonderful time at Fort Kochi where they can shop for a variety of souvenirs, traditional attires, footwear, and most especially exquisite antiques, amazing handicrafts, and aromatic spices. It is a foodie paradise as well, brimming with numerous restaurants, eateries, makeshift shacks and cafes.

December to April is regarded as the best time to visit Fort Kochi.

Some of the Must-Visit Tourist Destinations in Fort Kochi:

Sandy shores, pristine waters, tranquil ambiance, surrounded by coconut trees and lush greenery as well as the presence of world-renowned Chinese Fishing Nets, attracts tourists to Fort Kochi Beach. It is on this spectacular beach the most exhilarating Cochin Carnival takes place every year on the New Year’s eve.

This is one among the eight Basilicas in India. Also regarded as the centre of historic significance, Santa Cruz Basilica is endowed with architectural and artistic grandeur and colours of the Gothic style. It also serves as the cathedral church of the Diocese of Cochin which is the second oldest Diocese of India.

This is said to be the first church built by the Europeans in India. Saint Francis Church is of great cultural and historical significance. It is a well-known landmark in Fort Kochi where the legendary Portuguese explorer, Vasco-da-Gama was originally buried.

A spellbinding promenade with a fascinating history, that is Vasco-da-Gama Square. Here you can find synagogues, mosques, churches and temples side by side and that makes Vasco-da-Gama Square so special. Another crowd-puller here is the giant cantilevered fishing net known as the Chinese fishing nets which indicates a legacy of its glorious past.

Once hosted a blooming Jewish population, the Jew Town is one of the oldest towns of Fort Kochi which is now a bustling street that sells exquisite antiques, unique handicrafts, and fragrant spices. The Jewish Synagogue or the Pardesi Synagogue is regarded as the oldest active synagogue in the Commonwealth of Nations and a must-visit place in Fort Kochi.

Established by Late Dr. Joseph Kureethra, the erstwhile Bishop of Kochi, the Indo-Portuguese Museum was set up to showcase the true culture and heritage of Portuguese as well as their influence on Fort Kochi. The museum is divided into five sections designated as Altar, Cathedral, Procession, Civil Life and Treasure.

This prestigious traditional art centre was founded in 1990 and is popularly known as the school of traditional arts. It is the only authentic theatre in Kerala which presents Kathakali, Martial Arts like Kalaripayattu, Music, and other traditional dance forms in its true sense and reality.

Popularly known as Mattancherry Palace, the iconic Dutch Palace comes under the ‘tentative list’ of UNESCO World Heritage Site. It was built by the Portuguese who gifted it as a present to the King of Kochi around 1555. This magnificent Palace features Kerala murals depicting portraits and exhibits of the Rajas of Kochi.

With warship models, artillery and uniforms on display as well as showcases the bravery, devotion, and selfless services rendered men of the Indian Navy, the Indian Naval Maritime Museum provides an opportunity to explore the naval history of India. It also throws light on Kerala’s trade links with Arabs and even presents the aspects of shipbuilding in India.

Things To Do In Fort Kochi:

Cochin International Airport is the nearest airport to Fort Kochi situated at a distance of about 36.6 Km.

Ernakulam Junction Railway Station is the nearest railway station to Fort Kochi situated at a distance of about 12.7 Km.

Thoppumpady Bus Station is the nearest bus station to Fort Kochi, situated at a distance of about 5.6 Km.

As Kochi is well-linked to all major towns and cities in South India as well as across the country via an excellent network of roads, you will find no difficulty in reaching Fort Kochi as both State transport buses and private buses, autorickshaws, taxis and cabs are easily available.

Explore the iconic Fort Kochi in 2020 and give a fantastic start to the gorgeous New Year.

Feel free to visit: www.southtourism.in and get the best deals for your itineraries.