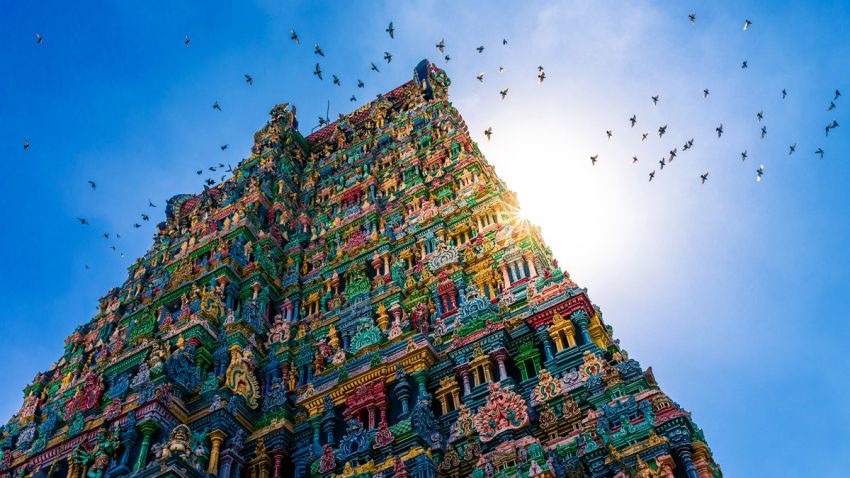 One of the oldest continuously inhabited cities of India, Madurai takes pride in its glorious past and rich heritage and also serves as the cultural capital of the state of Tamil Nadu. The Madurai city is culturally rich with ancient traditions, spiritually divine with the presence of ethereal temples, historically significant with stunning historic edifices, and exquisitely beautiful with natural wonders. This vibrant city has stolen the heart of tourists worldwide not only with its amazing temples and breathtaking architectural marvels but also with its grand festivals and fairs.

Join us on this reading venture to know more about Madurai Float Festival:

Madurai Float Festival is one of the grandest festivals of South India. It is observed every year on the full moon night of the Tamil month, Thai, which falls between mid-January and mid-February. The concept of this vibrant festival dates back to the 17th century and was initiated by Thirumalai Nayak, the King of Madurai. The Float Festival also celebrates the birth anniversary of King Nayak.

Unlike other Float Festivals in South India, the Madurai Float Festival is so unique as its rituals are performed on waters of the Mariamman Teppakulam (Temple Pond) in the backdrop of Meenakshi Amman Temple. It is believed that King Thirumalai Nayak constructed a new palatial mansion named Thirumalai Nayak Mahal.

The land which was excavated to make bricks for constructing the mansion was later made into an artificial lake which was fed with water from the Vaigai River. The lake is situated to the east of the Meenakshi Temple and a temple dedicated to Lord Ganesha stands on the island in the middle. The King started the custom of taking the idols for a boat ride through the lake and thus the Float Festival in Madurai came into existence.

The Dazzling Spectacle of Glitters & Gleams:

The dazzling Madurai Float Festival is a spectacle of glitters and gleams. The main highlight of this festival is the spectacular procession of the embellished idols of Goddess Meenakshi and her consort Lord Sundareshwarar to the lake where they are taken on a boat ride. The deities are taken in golden palanquins escorted by elephants, horses, musicians and thousands of devotees which makes for a wonderful spectacle. Then, the deities are placed in a makeshift mandap on the bank where the devotees worship the God and Goddess. The cheers and prayers of devotees vibrate everywhere creating a special divine ambience all around.

Later, the idols are prepared for a boat ride on a raft-like structure richly decorated with colourful flower garlands, paper lanterns and silken buntings. The return of the raft with the idols to the shore is marked by dazzling fireworks in the evening and the island temple is spectacularly lit with colourful lamps and lights offering a mesmerizing sight to behold. After reaching the shores, the idols are placed on a caparisoned horse for a procession back to the Meenakshi Temple. The festive vibe of Madurai reaches its pinnacle during this vibrant Float Festival and is celebrated with great pomp and grandeur which attracts thousands of tourists and pilgrims.

A place of architectural wonders with great temples and amazing monuments, and also surprises with its rich culture and traditions, Madurai is an incredible tourist destination, also a well-known pilgrimage centre in South India. Some of the popular tourist attractions in Madurai are:

By Road: Madurai is well-connected to all southern parts of India via road. Bus services are easily available to all parts of the state.

Mark your calendar now and plan a trip to Madurai to witness its grand Float Festival.