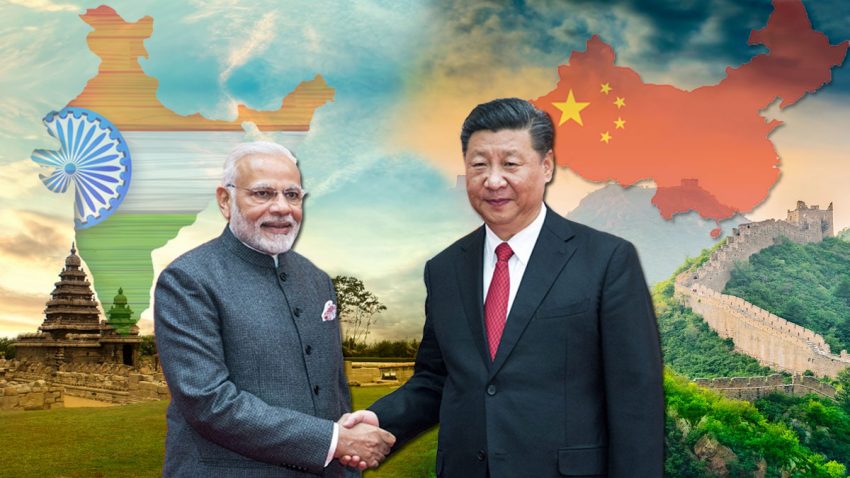 The Reunion of the 2000-year Old Relationship!

India is all set to shower its hospitality to a powerful visitor from the land of the Red Dragon. It is not the first time, a Chinese president is coming to India. A staggering Chinese communist leader and Prime Minister of China, Chou En-Lai had visited Mamallapuram in 1956 accompanied by then Prime Minister of India, Jawaharlal Nehru.

Tamil Nadu’s connection with the Chinese empire is more than 2000 years old. There have been great trade activities happening between these two culturally strong landmarks in the world. The erstwhile port of Mahabalipuram in Kanchipuram as rightly mentioned by the renowned Chinese Monk, Fahien Hiuen Tsang in his works had always been a focal point of communication between the two nations.

The rich history of Mamallapuram’s relations with China makes it the best venue that India could have decided upon to host Modi’s summit with Xi.

The whole of India and Tamil Nadu is proud to welcome the honorable Chinese President Xi Jinping. He would stroll along with the honorable Prime Minister of India Narendra Modi along with the monuments of the UNESCO Heritage site, Mamallapuram. The Shore Temple, Arjuna Penance, The Butter Ball of Krishna, and all other detailed Pallava carvings would create the necessary cultural vibe to enhance the aura of this informal meeting. There is a whole lot of connection between India and China in all areas, especially trade and culture for more than 2000 years.

The Exchange of Knowledge – The School of Saints

The most notable connection of China with Tamil Nadu had happened even before the Great Chola domination. The arduous pilgrimage on foot for the spiritual hunt of the world-famous pilgrim Fahien Hiuen Tsang during the 7th century AD has a divine relationship with Kanchipuram. It was the prime center of the Buddhist Pilgrims in those days. The pilgrim traveler must have crossed the prominent port Mamallapuram to reach the capital of the majestic Pallavas. Tsang’s documents about his holy journey for the rummage of Buddhist Texts contain vital notes about Mamallapuram and Kanchipuram.

Mahabalipuram, also known as Mamallapuram is a renowned UNESCO World Heritage Site in Tamil Nadu, that surprises everyone with its intricately carved temples, rock-cut caves and monolithic structures. Served as the major seaport of the ancient Chola and Pallava kingdom, Mahabalipuram also flourished as a significant center of art, architecture and literature during their reign.

Similarly, the Chinese are still grateful for the unconditional love and service of their highly revered martial art master, Bodhi Dharma. Due to his cordial efforts, China learned the Shaolin Kung Fu based on the Shaolin monastery. Jawaharlal Nehru’s book – Glimpses of World History explains the journey of the “Dharma Master”, Bodhi Dharma to China. The Buddhist prince was born in Kanchipuram, the Pallava capital in Tamil Nadu. He traveled to China to spread Mahayana Buddhism and he had a great reception in the court of Emperor Wu belonging to the Liang dynasty. Two of the greatest monks have been related to Kanchipuram and Mamallapuram, probably the holiest seaport to have ever existed on Earth.

Tamizh Stone Inscriptions in the Ancient Port City of China

“Hari Om and goes on to praise the greatness of Lord Shiva and seeks his blessings for the king.”

This meaning reveals the love for the Tamil God Lord Shiva on different soil. Purposedly, the Tamizh texts are on the top while Mandarin takes the bottom portion which shows respect for Tamizh language on the Chinese Soil. Similarly, the excavation of Saluvankuppam in 2004 unveiled remarkable Chinese coins while certain records tell about the gifts and convoys sent to Mamallapuram from China, Thus, it’s revealed that the Mahabalipuram was a port town 2,000 years ago during what is called the ‘Sangam’ period.

Mamallapuram was a thriving port until the end of the ninth century AD with the town being part of China’s ‘Silk Route’ and India’s ‘Spice Route’. Kanchipuram’s silk industry owes its genesis to the import of raw silk from China through Mamallapuram. The Chinese kings had even given Kanchipuram a nickname – “Huang-Che”. Post Sangam literature mentions the Chinese “Zunk” as “Tungu Naavay” which is a massive Vessel, a Chinese Ship, indeed!

Chinese King Statues in the Temples of Tamizh Nadu

Kanchipuram was also the ancient trading hub of the Chola Kingdom and China. Look at the right side image of a Chinese king. This statue is present inside the most charming and noteworthy Chola Temple, Brihadeeswara Temple(Perudayar Kovil) or Thanjai Periya Kovil in Tanjore. This is a symbol of great respect for China as their king finds a place in history’s greatest site and era – The Raja Raja Cholan period where Tamizh flourished in all forms. The greatest monarchs of all time, the legendary king Raja Raja Cholan and his successors had established trading with China. Mamallapuram and Kanchipuram was their meeting point. King Rajendra Cholan, the son of Raja Raja Cholan had a harmonious rapport with the Chinese Kings during the greatest era of the Tamizh culture, language, and arts, the Chola Era.

From the ancient period to till, Tamilnadu follows a rich tradition and culture where ‘Hospitality’ is the core competency of it. Culturally and historically affluent Tamil Nadu is undoubtedly the reflection of India’s cultural wealth. With our Tamil Nadu culture tour packages, explore the magnificent Dravidian temples, monuments, beaches & hill stations to uncover the rich cultural heritage of Tamil Nadu.

The whole of the world, India, and China, this second informal meet between these two powerful leaders bring positive outcomes all around. Tamil Nadu’s honorable Chief  Minister Edappady K. Palazhanisamy had quoted about the visit of Chou En-Lai to Mamallapuram. India is happy to invite the Chinese president to Mamallapuram.

He recalled the historical fact that China and Tamil Nadu shared trade and cultural ties centuries ago, even as Chinese emissary Yuan Suang had visited the Pallavas, whose port city was Mamallapuram.

Besides maritime trade with China from Mamallapuram, trade ties with India’s eastern neighbor had flourished during the Chola rule also, which was a matter of pride for Tamils, the Chief Minister said.

Let the cultural stroll of the two presidents create an everlasting cordial bonding between the two beautiful countries.

Marked by the historical monuments and structures, Mahabalipuram takes you to a ride along the times of Cholas and Pallavas. If you are a fan of history and archaeological edifices, Mahabalipuram is a must to add in your travel bucket list and is worth every minute spent here.

Home to UNESCO World Heritage Site, Mahabalipuram is a beautiful, serene town in the Indian state of Tamil Nadu. It is easily accessible by all modes of transportation.

Book your Mahabalipuram Trip from Chennai with our Tamilnadu Tour Packages and explore the traditional Tamil culture through magnificent architecture, rock-cut caves and historical temples with Tamilnadu Culture Tour Package.

For more details and bookings, feel free to visit, www.southtourism.in and get a free quote for your itinerary.