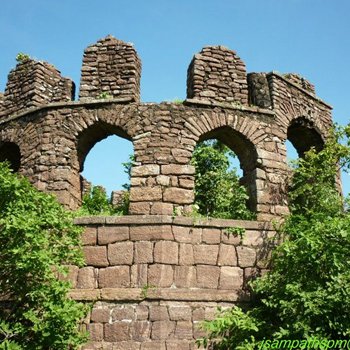 Built by the Glorious Kakatiya Rulers, Khammam Fort is one of the proud icons of Andhra Pradesh and Telangana since many centuries. Constructed in the 9th century, the fort has been refurbished by many rulers over the years and what we see today is the work by the Qutub Shahi Kings who reigned the region during 15th century.

The beautiful town Singareni in the district of qaKhammam is on the banks of the river Munneru, a tributary of River Mighty Krishna, and is also a coal reserve catering as a power resource to entire Telangana region.

Don’t forget to visit this historic structure Khammam fort, speaking volumes about the glories of Telangana.