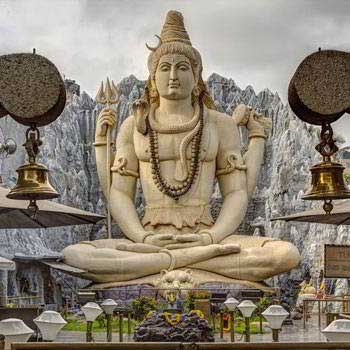 Fondly called as the Silicon Valley of India and Officially called as Bangaluru, the city is the Capital of the South Indian State Karnataka where the official language is Kannada. The Premier organizations like ISRO, Infosys, IBM, Wipro, DRDO and HAL are having this city as their headquarters. This Is the fifth most populous agglomeration in India. IISC, IIM, NIFT, NIMHANS are the prestigious institutions being the dream destination of the aspirational students.

Historians record that the Cholas and the Hoysalas, ruled the present region of Bangalore until in 1537 CE, until the time of emergence of a feudal ruler Kempé Gowd?? ; from the Vijayanagara Empire stood against the King and by way of establishing a mud fort and that is perceived to be the foundation of modern Bangalore. Despite the fact that the place was under the control of different Kings and Nawabs, it witnessed consistent development and under the British Rule, the city got extended to a cantonment region and from then onwards Bangalore is a merger of the Old City and the Cantonment.

Karnataka has hosted and continues to host a wide variety of people with different cultures. Along with the native Kannadigas, Kodavas, Tuluvas, Konkanis and several tribal sects have, across the centuries, lent colour and content to the vibrant culture the state calls its own. Karnataka is also home to the largest Tibetan settlement in South India.In addition to Kannada, knowing Tulu, Hindi, English, Telugu or Tamil will safely get you by. Jainism, Hinduism and Islam are the predominantly practised religions. But in recent times, Sikhism, Christianity and Buddhism have also found their place and people.

The city of Bangalore experiences a very favourable weather throughout the year.Nature has gifted Bangalore city with a very pleasant and moderate climate. In Bangalore, neither would you shiver with cold in winters, nor would you drench with sweat in summers. Bangalore weather is a combination of cool winters and warm summers, without any extremes in both the cases.