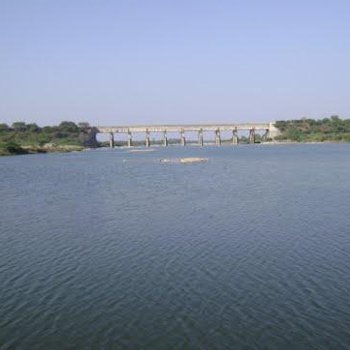 The term Khammam has an interesting legend associated with the Hindu God Lord Narasimha, a ferocious incarnation of Lord Vishnu. The hill in which He killed the demon King Hiranya Kashyap to save his child devotee Prahalad.

The pillar from which the Lord is believed to have emerged is called as Kamba and the town emerged under the foot of the pillar is called kambamettu and as time went by, the place finally takes its name as Khammam.

Khammam is home to many historic locations and iconic spots attracting large number of tourists from nearby states, when the climate is feasible.

Out of the different locations, Khammam lake is one such wonderful location, at a distance of just 4kms from bus stand. Over a period of 15 years, the region which was just an unnoticed place with waste trees have been transformed into a scecnic picnic spot. The lake view park adjoining the Lakaram lake is yet another attraction adding charm to this region.

Bird watching, relaxing with family and friends, an all day picnic spot and options for boat riding are the popular hanging out choices in Lakaram lake in Khammam, a historically important destination of Telangana state.

Sitaramachandra Swamy temple, Swami Ayyappa Temple, Dhanvayi Gudem Park and Palair Reservoir are the other popular locations in and around Khmamam.

Months between October and March are ideal to visit Khammam to enjoy a pleasant climate. Hyderabad is the nearest airport at a distance of 200 km from Khammam. Khammam has a railhead which has good connectivity with other parts of the state to reach the destination with much ease and comfort.

Try to spare few hours to spend on the banks of Lakaram lake while planning a tour to Telangana this time.