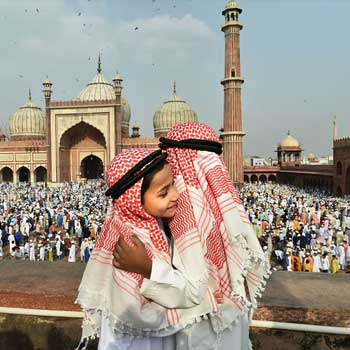 Ramzan, a very popular festival among the Islamic People, falls between the months of July and August in Gregorian Calendar. Ramzan is more prominently known among everyone for the strict fasting prayers observed by the Islamic people.

As for as the Islamic beliefs are concerned, the fasting is an act of spiritual purification of the mind and the body.The first day of the Ramadan is typically the next day to the astronomical new moon. The entire period lasts for 29 or 30 days depending on the appearance of the full moon and it varies with different parts of the world. The respective mosques announce the beginning and end of the Ramadan month. Children, pregnant ladies, people with chronic illnesses are exempted from fasting. Those suffering from brief illnesses during the month of Ramadan should compensate later.

“Night of Power” falls during the last five days of the Ramadan. It is very significant and sacred because only on that day, it is believed that the Quran was revealed to Mohammed. On that day, special prayers will be conducted throughout the night and the devotees will offer camels and goats which will be used for the suhur.

People following Islam celebrate Ramzan grandly and all the Islamic nations like Egypt, Afghaisthan and UAE make elaborate arrangements for the festival. It is very interesting to know that Indonesia records that annually, around seven million people visit Mecca during Ramzan festival.

All festivals despite religions are for strengthening the bonding among friends and relatives. Ramzan is such a wonderful occasion when people love to be a part of Charitable activities and express their care to fellow humans.

Let’s celebrate every moment of our life, as no moment comes again.