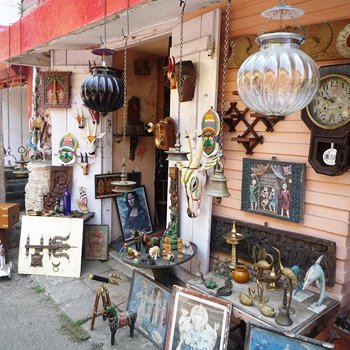 The Paradesi Synagogue is the oldest active synagogue located in Kochi, Kerala, constructed in 1568. This synagogue is located in the quarter of Old Kochi known as Jew Town and is the only one of the seven synagogues in the area which is still in use. The Malabari Jews (also known as Cochin Jews) formed a prosperous trading community of Kerala, and they controlled a major portion of worldwide spice trade. In 1568, the Jews of Kerala constructed the Paradesi Synagogue adjacent to Mattancherry Palace, Cochin, now part of the Indian city of Ernakulam, on the land given to them by the Raja of Kochi.