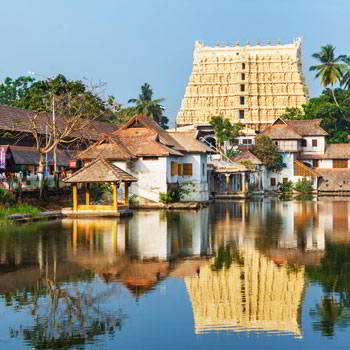 Known as the "hometown of Padmanabhan" an incarnation of Lord Vishnu, Thiruvananthapuram is the governing centre of the state Kerala. Mahatma Gandhi once alluded to Thiruvananthapuram as the "Evergreen city of India". It is home to the world's richest temple, the Sri Padmanabha Swamy Temple which has possessions worth more than 1000 billion Indian rupees. Thiruvananthapuram tops the rundown in a late overview by the Times of India on "best Kerala city to live in". Gifted with unwinding shorelines, verdant slopes, sky-high mountains and meandering lakes, the capital city of Kerala is ever entertaining for all. 3,30,7600 reside in Thiruvananthapuram District of which nearly 2 million occupying the urban area.

Thiruvananthapuram area was a part of the past Travancore State. As per authentic records, the State of Travancore was partitioned into three authoritative units amid the rule of Maharaja Rama Varma (a.d.1758-1798) - Padinjaremukhom, Vadakkemukkom, and Tekkemukkom. Tekkemukhom generally relates to the present locale of Thiruvananthapuram, additionally a standout amongst the most favoured occasion destination in Kerala.

The culture of Thiruvananthapuram is pure South Indian. Being the "Land of Lord Padmanabhan", people here are warm and welcoming to their guests. Home to some of the greatest artists the world has seen, like the Maharaja Swathi Tirunal, Kumaranasan, Ullur Parameswaran Nair and much more, Thiruvananthapuram is a cradle of Kerala's rich culture.

Agriculture and pot making are traditional occupations of Thiruvananthapuram people. Now, being the capital city and IT hub of Kerala, people are involved in various jobs and those depending on traditional jobs are less in numbers.