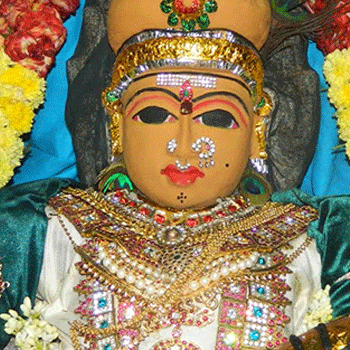 The Main Goddess – Amman, is facing the north in this temple. It was believed by the ancient kings that the Gods and Goddess facing north bless the kings with victory in the battle. Hence all the ancient kings offer special poojas to this Amman before leaving to the battle field. King Gochenkan Chola who was born in Woraiyur, built this temple for Goddess Shakthi.

The Legend for not having the roof

The temple is conducting Sarva Chandi Homam for the past 23 years in the month of Avani (August-September) Apart from this,