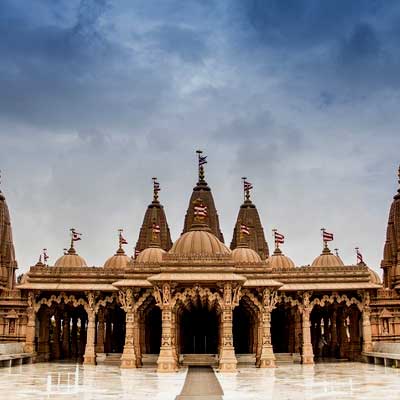 Thakore Sahib Vibhoji Ajoji Jadeja’s capturings and territorial dominations have led to one of the youngest empires in Gujarat - Rajkot. He was one of the descendants of the Jamnagar Royal Family during 1620 AD. From the name of the co-founder Raju Sandhi, Rajkot had got its name. During 1720 AD, Masum Khan kept Rajkot under seizure, the leader of the Junagadh zone at that time. From iron spikes emblazoned on the top of the eight iron gates to the consecration of 8 feet thick fort walls, Masum Khan fortified Rajkot with immense defensive strategies.

By 1807, Rajkot came under the reign of Britishers and the princely territory witnessed a huge growth in the field of culture, art, and education. Some of the iconic freedom struggle fighters were born in this region of Gujarat, ultimately driving the youth force toward independence.

From parks to gardens to museums, people of all age groups can connect with the vibes of Rajkot. Kerba Gandhi no Delo, where Gandhi had spent some part of his life is a precious attraction in Rajkot. A profound destination for educational tourism as one of the best private colleges of India, the 1870 established famous Rajkumar College is also under the urban boundaries of this city. The nineteenth century buildings of Rajkot add to the previously dwelled colonial atmosphere. Watson Museum named in honor of a British Police Agent comprises tribal artefacts, portraits, archaeological findings of Harappan sites and a huge Queen Victoria’s statue. Rashtriya Shala, Shri Swami Narayan Temple, Lady Wilson Museum, Radha Krishna Temple, Shri Sai Baba Temple, and the Rotary Dolls Museum are other important tourism spots in Rajkot.

The vintage aura of Rajkot is still spreading the good old vibes even today. Food is another important attraction of this city as famished travellers hunt down the cuisine of Rajkot as much as they explore the old world charm of this city. The splendour of Gujarati cuisine is best experienced in a less crowded place like Rajkot. There are numerous dishes in this particular region of Gujarat. The beautiful metropolis of Saurashtra, Rajkot is an example for many of the Indian cities, as it is one of the promising urban sectors of Gujarat. The level of combined ideas from the past and present is at a good ratio in Rajkot than any other place in the land of the Asiatic Lions. To explore the various highlights of Rajkot, plan a day tour with your family and enjoy one of the most emerging and glittering cities of India - Rajkot.

Unlike Rajasthan, Monsoon season in Rajkot is pretty cool with less humidity than the desert kingdom. Though winters (October to March) are always the best time to visit Rajkot.

Rail : Rajkot Junction is also known as the Central Railway Station which has better train connectivity between major Indian Cities.

Air : International travellers prefer Mumbai as the arrival station, as there are flights frequently flying to and fro Rajkot. There is a domestic airport in Rajkot that connects with most of the Indian cities.

Road : Those who arrive at Ahmedabad, choose road transport to arrive at Rajkot as the conditions of the roads are good in this area.