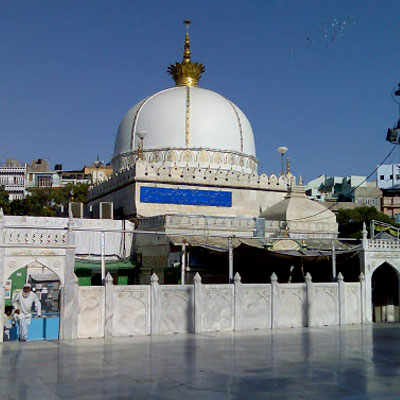 Located on the Vishwamithri river, Baroda or Vadodara was the former capital of the Gaekwad state. Ankottaka was an earlier settlement and the remnants of archaeology dates back to more than 100 decades, which is around the Vishwamitri River. Ankottaka is found near Akota trees which were previously referred to as Akola trees. Nearby,

Vadapadraka is a luscious terrain of banyan trees and is filled with a thick forest cover. From that region, today what we understand as Vadodara has arrived. From the word Vatodar, Vadodara is derived and in Sanskrit it means - the banyan tree’s stomach. During British rule, the name got changed into Baroda and today the authenticity of Vadodara is preserved even by its name.

Four gates mark the boundaries of the Vadodara City. And, to everyone’s surprise, those gates are still standing tall and strong. The Chalukya Dynasty was the main player of this region during the 10th century and Solankis followed them. While Vaghelas, and the sultans of Gujarat and Delhi succeeded them.

Pilaji Gaekwad, a general of the Marathas had contributed a lot to this terrain and incepted the modern history of Vadodara. The development of Vadodara had been previously encouraged by the efforts of Babi Nawabs. The Golden Era of Baroda came during the period of Maharaja Sayajirao III and that is when Vadodara went through immense social-economic reforms and iconic developments. The unparalleled respect toward culture has earned Vadodra the name - The Sanskari Nagari or The City of Culture.

Likewise, Garba celebrations will be at full swing in Vadodara of Gujarat. Garba festivities or Navaratri is famous in Gujarat and is a festival filled with lights, songs, dances, and zeal. The locality of Vadodara goes on a big high during this season. The festivities go past midnight while Uttarayan, Eid, Holi, Diwali, Ganesh Chaturthi, and Gudi Padwa are other famous festivals of Vadodara region. Upholding the cultural traits of Gujarat, this Sanskari Nagari has a large amount of artefacts at the Maharaja Fateh Singh Museum, Old Kirti which has Nandalal Bose murals from the Bhagavad Gita, Baroda Museum and picture gallery, and Maharaja Sayajirao University. They together depict the rich cultural significance of the Gaekwads.

October to March is the best time to visit Vadodara. While summers and incredibly hot and monsoons have a little shower, making it ideal for sightseeing too.

Rail : Premium India Trains like Shatabdi and Rajdhani Express connect one of the busiest railway junctions of Gujarat with Mumbai and Delhi.

Air : Vadodara has a domestic airport with great connectivity between all major cities of India while the nearest international airport is just 00km away in Ahmedabad (Sardar Vallabhai Patel Airport)

Road : The STC bus station has good connectivity to the major cities of Rajasthan, Maharashtra, and Gujarat.