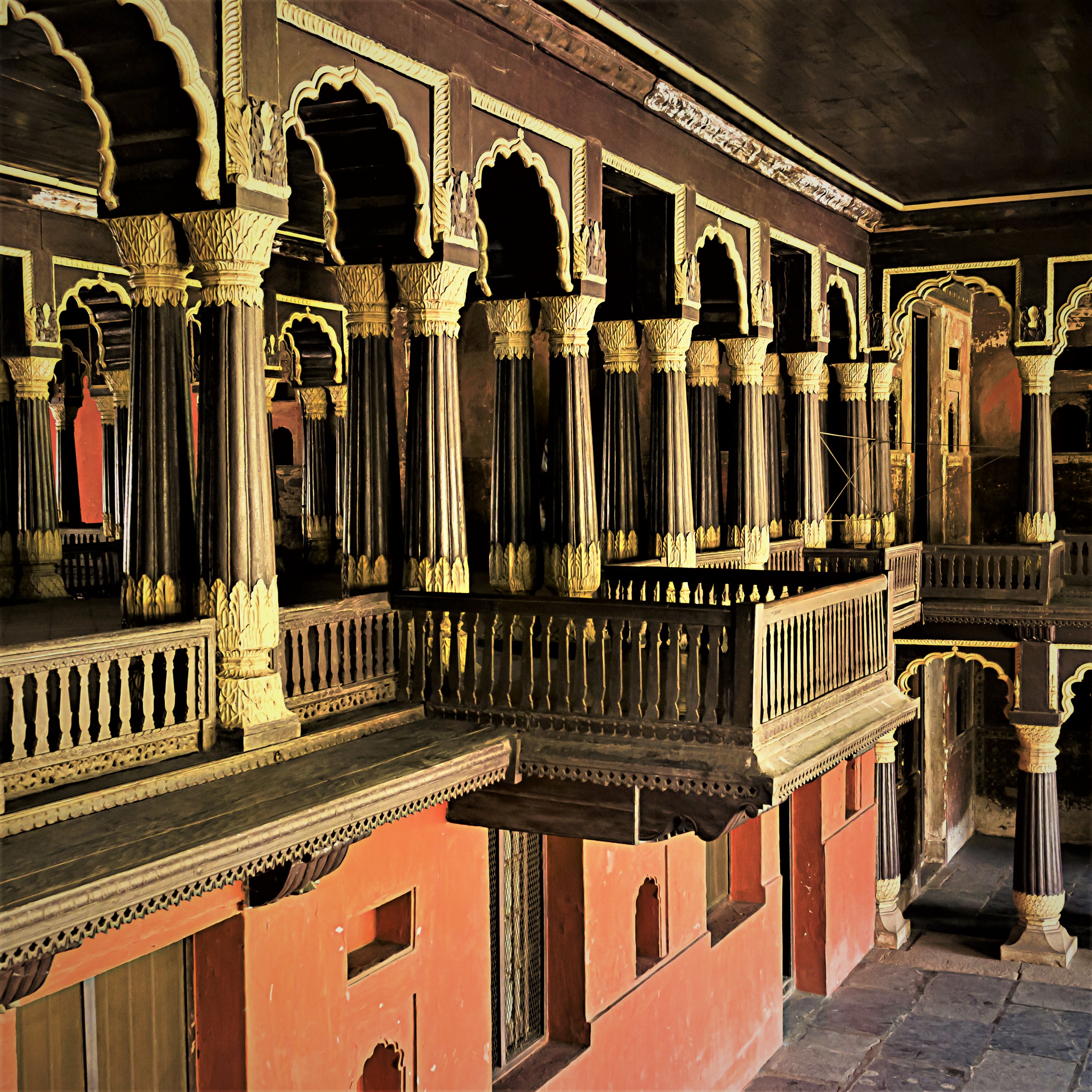 "An art made of wood" is the best tagline you can use to describe the Summer Palace of Tipu Sultan, the great ruler of the Deccan Plateau. The palace situated in Bangalore, the capital city of the South Indian state Karnataka is one of the frequently visited tourist locations round the year. Though the palace does not house any intricate carvings or magnificent structures, it attracts everyone for its ethnicity and heritage.

A typical example for the Indo-Islamic architecture gets exhibited in the Tipu Sultan Palace. During its hey days, the palace was the favourite resting place of Tipu who used to refer the palace as “Abode of Happiness and Envy of Heaven”. You can still find these statements as inscriptions in URDU before you enter into the palace.

The summer palace of Tipu Sultan is a beautiful wooden structure fully made of brown teak wood. Gold paintings embossed on the teak wood add grandeur to the structure and the palace looks gorgeous behind a well-manicured lawn. The well planned architecture of the palace houses two floors with wide corridors and number of symmetrically arranged pillars. The gorgeous arches of the palace reflects the Islamic architectural style and the brackets around has followed the intricate carvings of the Indian style of constructions.

The two large rooms at each end of the corridor in the ground floor are seen with gorgeous interiors The decorative paintings in the Indo-Islamic style further adds beauty to the rooms making the visitors awe struck. There is one more room in the central part of the ground floor which is modified as a museum housing the artefacts used by Tipu Sultan.

The first floor of the Tipu Sultan palace extends on both sides with two open balconies. Just by looking at the arrangement of the balconies, it can be understood both of them were used by Tipu Sultan for addressing the large audience. One is for his courtiers and the other is for the general public. The four staircases which give access to the balconies from all the four sides is yet another attractive feature of this palace.

The Bangalore Fort is a relic singing the glory of Bangalore and its rulers over these centuries. The mud fort which was built by Kempegowda got transformed into a more stronger stone structure during the reign of Tipu Sultan has its own history and heritage. A walk around the royal enclosures of the fort will explain you how strategically the fort has been built. Though the area is very small and the architecture is not much significant, it is truly a location of heritage and culture located in the bustling heart of the Bangalore city near the Victoria hospital.

Only around 5% of the entire fort remains now. The oval shaped fort houses royal enclosures, spike doors, hiding spaces for soldiers, Gun holders, dungeons and other features normally found in any ancient fort. Passed from one hand to other in the game of thrones, the fort has been severely devastated but the remaining part of the fort speaks to you with volumes of stories about the centuries gone by.

The Venkateshwara Temple, and the Armory of Tipu Sultan are some of the other interesting locations nearby the Tipu Sultan's palace and Bangalore Fort.

How To Reach Tipu Sultan's Palace:

Air : Bangalore international airport is one of the busiest airports in the country. Flights from different destinations across the globe arrive at Bangalore. From the airport, the Tipu Sultan's palace and Bangalore Fort are at a distance of 37kms which can be reached hiring a prepaid taxi.

Rail : Bangalore railway junction is a significant location where the trains from all major cities of the country halt. The summer palace of Tipu Sultan as well as the Bangalore Fort which are at a distance of 5km can easily be reached.

Road : Bangalore has a well laid network of roads with all the other cities around. So it will be a hassle free journey by road to reach the Summer Palace of Tipu Sultan and the Bangalore Fort.