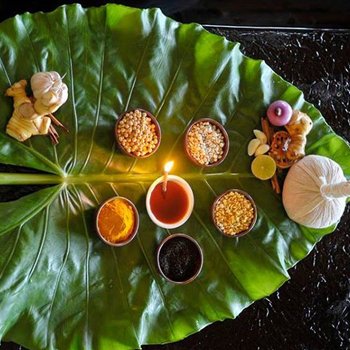 Malppuram was once the headquarters of the famous Zamorins before it was captured by Hyder Ali of Mysore. Later on Malappuram was handed over to the British as per the treat of Seringapattanam. Malappuram has many institutions for Vedic and Islamic philosophies. Three rivers namely Chaliyar Rver, Kadalundi River and Bharathapuzha River flow through Malappuram.

Literally Malappuram means 'Atop hillock" and it got the name considering its geographical characterestics. The city is recognized as the 'best municipality in up keeping the cleanliness and health'.

Summer - Summer starts at Malappuram by March, and ends in May. Humidity is high during this season, and temperature averages 35°c. Regardless of the heat during the period, it is pretty much a good time to visit Malappuram especially for those interested in Bird watching.

Monsoon - During the months June to September, the monsoon succeeds the summer and brings heavy rainfall to Malappuram. Therefore visiting Malappuraam during the monsoon may restrict you stay inside. However by October the rain retreats slowly and invites winter.

Winter - It is the perfect time for visiting Malappuram. The temperature is cool, Pleasant and inviting ranging from 16°c to 26°c. The season starts by November and continue till the end of February.

By Road - Malappuram is well connected by National Highways and State Highways. Its neighboring cities are Palakkad [80kms] and Kozhikode [57kms]. There are frequent buses from all parts of the state which passes through Malappuram.

By Air - The nearest airport is Kozhikode International Airport at Karipur, Kozhikode 37 kms away. There are flights from all the major cities in India as well as abroad to Kozhikode.

By Rail - Malappuram has many railway stations like Tirur, Kuttipuram, Parapanangadi, Tanur and Kuttipuram. There are a lot trains which pass through these stations coming from various parts of the country.

Malappuram is not a full fledge tour destination, probably because it is least explored but It has a wonderful geography and is rich in culture which can make it one of the hotspots in Kerala. It is gifted with 3 shiny rivers named Kadalundi, Chaliyar and Bharathapuzha. Nilambur, town in Malappuram is famous all over the world for its Teak Plantation which is believed to be the oldest in the world. Malappram is also one of the pilgrim centers in Kerala for the Hindus as well as Muslims. When you consider visiting Kerala, do remember to plan some time at Malappuram and taste some famous Malabari cuisine.