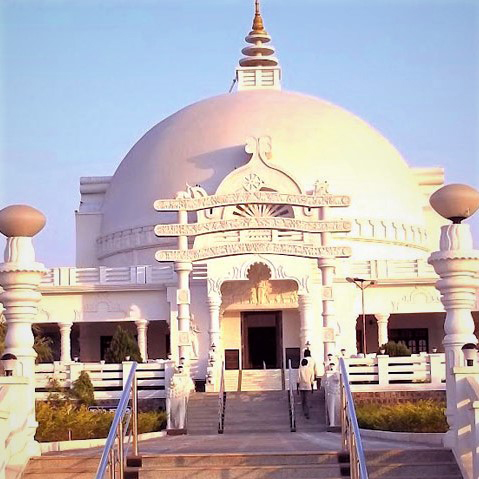 Gulbarga or Kalburgi is an interesting destination in the northern region of the South Indian state Karnataka attracting tourists from all corners of the country.

Before being taken over by the Bahmani Kingdom, Gulbarga was under the rule of various dynasties like Rashtrakutas, Chalukiyas, Kalachuris of Kalyani, Yadavas of Devagiri, Hoysalas and Kakatiya Dynasty. Gulbarga was under the rule of Muslim Sultanate of Delhi and due to the revolt among the native officials, the Bahamni kingdom was established. Thus Gulbarga is found in the history as a major pawn in the game for thrones, changing hands with every passing kingdom.

Gulbarga was under the reign of the Bahmani Rulers for a very long time and even now we can see the remnants embraced with the culture of the ancient times. The socio economic and cultural changes occurred during this period due to the arrival of immigrants from Iraq, Iran and Central Asia which has reflected in many verticals of Gulbarga. The varied style of architectures found across the city is an interesting factor for the historians who tend to explore the heritage and tradition of this region. Gulbarga is also a land rich in agriculture because of the two rivers Bhima and Krishna flowing through this region.

Gulbarga is indeed, acclaimed as an eternal bliss for the tourists traveling to the Deccan Plateau. The speckled forms of art and culture prevailing around the region gives many interesting experiences to the history lovers. Gulbarga is equally renowned for the mouth drooling dishes prepared even during small occasions. To name a few, Tahari, Jolada Roti and Bela Hoorana Holige. The sweet and savoury items embraced with the native traditional recipes and a cultural tint make you fall in love with Gulbarga.

The most important tourist attraction in Gulbarga is the Gulbarga Fort. There were several mosques, tombs and other monumental structures built within the premise of Gulbarga fort and many of them got devastated over the period of many centuries. But the Jamma Masjid built in 1367 is still an engineering marvel adopting the Persian style of architecture which was a rare phenomenon during the ancient times. The elegant domes and the arched columns built in a picturesquely beautiful manner is not found in any of the other mosques in the country. Some of the historians acclaim that the architectural style of this mosque is found to be similar to that of the Great Mosque of Cordoba in Spain.

There are many interesting locations around Gulbarga, which are worth paying a visit. Khwaja Bhande Nawaz Dargha, Jamma Masjid, Sharana Bashaveshwara Temple, Buddha Vihar are some of the interesting locations in Gulbarga. If you have some more time in your itinerary, you can plan to visit Bidar also which is yet another historic town at a distance of 100km from Gulbarga.

How To Reach Gulbarga:

Air : Hyderabad is the nearest international airport at a distance of 190 km from where Gulbarga can be reached within four hours of travel by road.

Train : Gulbarga is one of the busiest railway stations in Karnataka located in the rail corridor with trains from Mumbai, Mysore, Bangalore and Chennai halting at Gulbarga.

Road : Gulbarga is well connected with all the major cities in Karnataka and also with the neighbouring states. The well maintained network of roads make your travel comfortable to reach the destination.