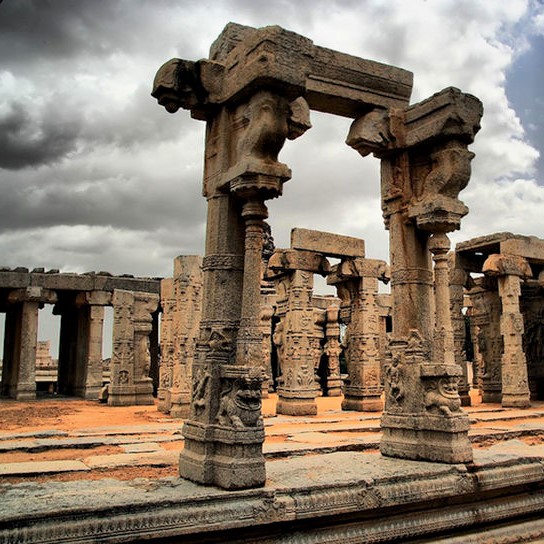 The city dotted with abandoned forts, temples, very few very old gold mines and hero stones is Kolar, which was once a very prosperous city. Kolar was reigned by various Kingdom and it was the first successful capital during the Ganga Dynasty. The remnants of the Kolar city kindles the interest of the historians and the travellers and you can see tourists disgorging every day almost all through the year.

Kolar was earlier called as Kolahalapura as per the records found in the history. The reason behind this name is said to be the war between the Chalukyas in the North and the Chola Kings in the South. It is also found in the history that because of the war between Lord Parasurama, the sixth incarnation of Lord Vishnu and the King Kartavirya Arjuna, the place is called as Kolahalapur and as centuries went by, the city got its name transformed as Kolar.

Kolar has a significant place in the history of different dynasties. After the Gangas, Kolar was reigned by Cholas, Hoysalas, Vijayanagara rulers, Deccan rulers, British Raj and finally the Maharajas of Mysore. Kolas has been a flourishing capital and all the rulers have left their footprints in some forms of forts , temples and other monuments which are telling aloud their success stories to the successors.

There are many interesting places to visit around Kolar. Out of all the places, Kolaramma temple is the most popular one. It is an ancient shrine dating back to the Ganga period. The presiding deity is the Goddess Parvati. The temple built in the Dravidian style of architecture has seen renovations during the Chola and Vijayanagara period. The inscriptions found in Tamil, Kannada and grantha characters exhibit the history and culture during the ancient times. The four feet tall hero stone, sculptures depicting the battles are the highlights in this temple. Besides, Kolaramma temple is well known in the history as a powerful Shakthi shrine with Tantric way of worshipping. There is a subshrine for the Seven Mothers called as Shaptamatras temple and another sub shrine for the scorpion goddess Chelamma. There are more mystic information about this temple attracting more tourists.

Someswara temple is an ancient 14th century temple frequented by tourists visiting Kolar. The different parts of the temple has been built during the different centuries by various Kings. The most prominent architectures are the Dravidian style and Vijayanagara style of architectures exhibiting the craftsmanship of the yesteryears’ artisans. The magnificent façade, the huge marriage hall built using black granite and the outer walls carved with intricate designs of battle fields, lions, soldiers and some mythological characters clearly signify the culture and history of Kolahalapur.

The Ganges originating from the deep rocks and coming out of a bull's mouth is the place to be visited in Antaragange. The Neelakanteshwara temple atop the hill and the unexplored regions around the temple and the hills are ideals for trekkers offering activities like exploration of caves, rock climbing and hiking.

Another important location in Kolar is the Kolar Gold mine. Historians record that there has been mining activities since 5th century at small scales and only during the British Raj, the mining was the prominent activity of the region. The mine was shut down in 2001, still the remnants keep reminding us about the past when the city was filled with Anglo Indians, mine supervisors, geologists and labourers.

The magnificent site of more than 90 lakhs sivalinga idols at one glance make the visitors awe struck in the Kotilingeshwara temple at Kolar. Here, linga idols of various sizes are seen and the largest is 108 feet tall, acclaimed as the largest in Asia. Devotees offer linga idols to the temples as a thanks giving for their prayers answered. It is a never to be missed temple in Kolar.

The different locations in Kolar which are truly kindling the interest of the travellers eager to know the past history and culture of the Deccan Plateau.

How To Reach Kolar :

Air : From the international airport at Bangalore, Kolar can be reached traveling a distance of 70kms by road using a prepaid taxi or a public transport.

Train : The railhead at Kolar is well connected with the other cities and towns across the state. The city centre is very near to the Railway station, approximately 2kms.

Road : Kolar is well connected with the wide network of road transport across the different cities of Karnataka. The tourist locations can easily be reached from the bus terminus.