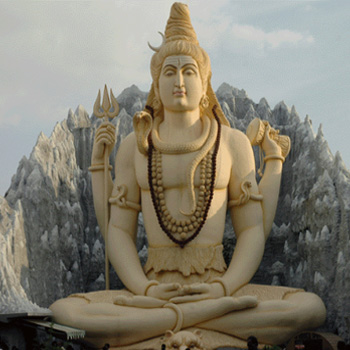 As the name suggests, this festival is dedicated to Lord Shiva, there is a belief that if we sacrifice our sleep by being awake and meditating towards Lord Shiva on this night, it will be equal to spending 1000 years in penance towards Lord Shiva. Along with rituals, music, dance and fun add colours for this night. Mostly this fete is celebrated between February and March every year.

This festival is solely dedicated to lord Shiva “the Ultimate God”. In Tamil Nadu there is a custom that, during Maha Shivarathiri, everyone should visit their native temple / family deity and spend the whole night there by chanting the mantras of God. Especially people read hymns and songs dedicated to Lord Shiva such as Thiruchitrambala, Shiva Purana and a lot more. It is a common belief among the people that if they spend the Maha shivarathiri by singing the songs of Lord Shiva, they are purified from all their past sins and further blessed by the God eternally.

On Maha Shivaratri, all Shiva temples are flocked by thousands of devotees. Pious devotees fast without food throughout the day and night. On this night, they perform rurdrabhishek, Anna abishek, Vibhuthi abishek and lot more to the Shiva Lingam. Vilva leaves are also offered with much devotion by chanting the mantra "Om Namah Shivaya" throughout the night.