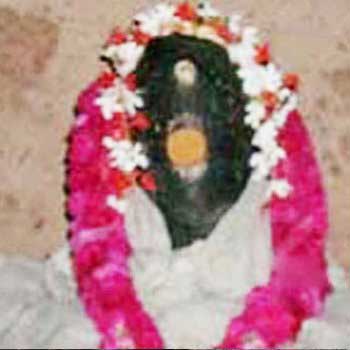 Sri Piravi Marundeeswarar Temple is in Thiruthuraipoondi near Thiruvarur district. The presiding deity here is Lord Siva in the form of Gajasamhara Murthy killing a demon, which is an allegory of Lord Siva annihilating the arrogance, pride and jealous from the hearts of the devotees. It is believed that if people offer prayers during full moon days and new moon days they will have a prosperous life devoid of sorrows.

From way back in Tarukavanam there lived some Rishis who were very proud and arrogant. They believed that Lord Siva attained his Godly character because of their Yagas. So in order to teach them a lesson, Lord Siva came in disguise as a handsome beggar. Mesmerized by his handsomeness all the Rishis’ wives followed him madly, like adding fuel to the fire. God Vishnu too came in disguise as a glamorous lady, then these Rishis went mad behind her. After some time they realized that they have been fooled by both the Gods and so they planned to destroy them with the help of an elephant. At this point Lord Siva revealed himself and killed the elephant and also the pride of Rishis. This is the legend behind this temple.

There are ample of festivals celebrated here. Among them the Chithirai festival during April-May, Navratri (Sep-Oct) and Shivaratri festivals are notable.

This temple is an exclusive one for Ashwini starrers. There is a belief that if Ashwini starrers visit this temple and do Parihars(Special offerings) to Piravi Marundeeswarar all their sins will vanish and they will have new births.

Specialty : This temple is recommended for the people with problems in marriage, child boon and studies.

Bus : Buses to this village are available in Trichy.

Railway : Nearby railway station is in Trichy from where you have to take a bus to reach the temple.