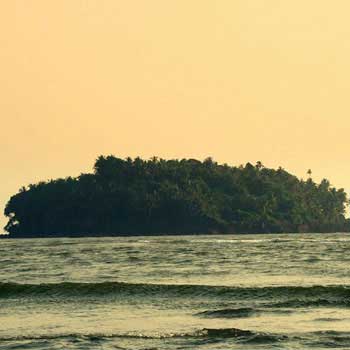 Thalassery is a small coastal town in the Kannur district of Kerala State. It is gifted with 4 rivers of which one is the famous Mahe River or Mayyizhi River which seperates Thalassery and Mahe [a union territory of Puducherry]. Soon after the decline of the famous Chera rule by 12th century AD, Kerala kingdom broke into 4, named Venadu, Kochi, Kozhikode and Kolathanadu. Since Thalassery was situated at the northern most area in Kolathunadu, It was called Thalakkathu cherry. Thalakkathu means “at the top”, and Cherry means “place”. Hence the name Thalassery came into use. Thalassery is the birthplace of Communist movement in Kerala. This town is also famous for its special cuisine combining Kerala, French and Arabic mix. The first bakery in the state Mambally Bakery was started in Thalassery.

Summer - Summer season starts by March and lasts till May. Summer is too hot and humid. Normally the temperature ranges from 31°c to 38°c. If not considering the heat factor, Thalassery is fine to visit during summer.

Monsoon - This is not a recommended period to visit Kannur. June to September Thalassery experiences South West Monsoon and during October and November months it is North East Monsoon.

Winter - Possibly the best time to visit Thalassery. The temperature would be averaging 24° - 26°. The pleasant climate is inviting, and helps in easy movement in and around Kannur.

By Road - Thalasseri is well connected by the national as well as state highways. There are frequent buses from all cities in Kerala which pass through Thalasseri Bus Stand.

By Air - The nearest international airport is Kozhikode which 96 kms away from Thalassery. There are flights available to Kozhikode from major cities in India as well as abroad. From the airport you can call a taxi or board in a Kerala State Government Bus.

By Rail - Thalassery railway station is well connected to all cities in and outside Kerala. There are regular trains passing through Thalassery from various cities in India.

If you visit Kannur or Kozhikode, Thalasseri is not to be missed. The aroma of the fresh spices added in the famous Malabari dish “Thalassery Dum Biriyani” will reach you once you enter Thalassery town. Thalassery has lot of beautiful beaches and the historical Thalasseri fort is situated within the city. There are beautiful ancient architectural temples, churches and mosques to visit. Take home some Thalassery delicacies like the delicious Thalassery Cake which has a distinct flavor of its own. Visit Thalassery and get a taste of Northern Kerala.