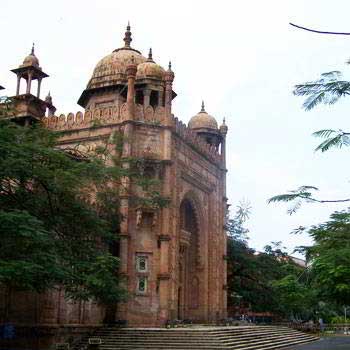 The pride of Pantheon Road, Egmore in the Capital city of Tamil Nadu, Chennai is the Government Museum. This was established in 1851 spreading across 16.25 acres of land housing six buildings and Forty Six Art Galleries.

This is the second oldest museum in India enriched with articles on different domains like Archeology, Numismaticollectiocs, Zoology, Natural History, Sculptures, Palm Leaf Manuscripts and Amravathi Paintings. This is the only museum in the world outside Europe having the largest collection of Roman antiquities.

This is a “must see” type of tourist spot and a place to be included in the itinerary because this museum is famously known as “Museum of culture and human antiquity”.

The museum was originally set up in Nungambakkam in 1851 and then shifted to the present place in 1854. This is the first Government sponsored museum in India. The collection actually started with 1000 geological specimens sponsored by the Madras Literary Society.

From then onwards, the articles and specimens started pouring in from the sponsors, in order to accommodate all the received contents, the museum was refurbished with six new buildings, one lecture hall and a museum theatre. The entire cultural complex exhibits the blend of indo-Saracenic, Gothic – Byzantine, Rajput, Mughal and South Indian Deccani styles of architectures.

The important part of this cultural complex which deserves a special mention here is the Connemara Library built with stained glass, ornate wood works and aesthetic decorations. This has the pride of being one of the four libraries in the entire country receiving a copy of all books, journals and periodicals published in India.

It also functions as a depository library for the UN. The building was originally a single hall, but now, is one of the very huge libraries in the country having the oldest collections and manuscripts in the reference section.

Another place of interest to visit is the 19th century Museum theatre built with the Italianate style of architecture which has seen numerous cultural programmes including the dramas of Shakespeare from the day of its inception. The first Zoo in the then Madras was also opened in this complex in 1855 which is now another landmark of Chennai successfully functioning at Vandalore from 1985 onwards. To commemorate the 100 years of completion of this complex, there is a Centenary Exhibition Hall.

A portion of the complex functions as a child museum. The museum is announced as a Manuscript Convention centre too from 2004 onwards. The museum witnesses at least 1000 visitors every day and it is in the increasing trend.

If you need to know how our primogenitors had lived, then this is the best place for answers.

By Flight- The nearest is Chennai airport and the distance to reach the museum is just 18KM.

By Train- The nearest is Chennai central railway station and the distance is just 3.4KM.

By Road- The roads are well connected and the museum can be reached from any parts of the adjacent places.