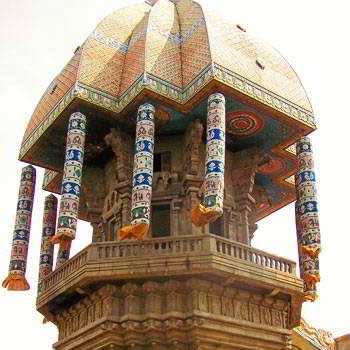 The unique language which has got more than 2000 years of proud history, the origin for many languages like Sanskrit,Malayalam, Kannada and Telugu, Hindi and even a foreign language Russian is the culturally rich Tamil language. The one and only Tamil book which has got translated into more than 80 languages across the world which speaks loudly about the principles and policies a human being should adopt to lead a meaningful, happy and peaceful life is Tirukkural. It was written by a poet called Tiruvalluvar, who was also a saint and a philosopher. He lived in Mylapore, the southern part of Chennai, the capital of Tamil Nadu.

Tirukkural is a book insisting on the moral and ethical values the mankind should adhere to. This book comprises of three major divisions, 133 chapters and totally 1330 verses. The significance of this work is that all the 1330 verses are of uniform pattern having only seven words arranged in two lines each. The entire work talks about everything under the sky right from the birth till death and what after death. The first division talks about the morality and ethical values every human should have in his / her life. The second division discusses the ways and means to earn for leading a dignified life. The third and final division explains the thumb rules for the personal life every human being should adhere to. Undoubtedly, if one follows the guidelines in this book, his life will be a kind of ‘next to Divine’.

In order to pass on the moral values to the successive generations and to maintain the legacy of the Poet, the then Chief Minister of Tamil Nadu Kalaignar.M.Karunanidhi built a monument in the name of the great poet. The building is called Valluvar Kottam and was opened for public in the year 1976. The entire building of 39 meters height is in the form of a temple chariot which more or less looks as a replica of the chariot present in the Thiruvarur Temple in the down south of Tamil Nadu. A life-size statue of the great poet Tiruvalluvar is installed in the chariot-shaped building.

The people visiting Valluvar Kottam are surprised to see the inscriptions on the bas-relief. All the 1330 verses are inscribed in the front-hall corridors so that those who can spend few hours in this building will be able to read the maximum number of verses. Every verse called “Kural” teaches you a moral value which should be imbibed for leading a life of dignity.

The monument Valluvar Kottam is located exactly at the intersection of Kodambakkam Highway bridge and the College Road,Nungambakkam, Chennai. Come and know the heritage and culture which was documented some 2000 years back itself by way of paying a visit to the great monument "Valluvar Kottam".