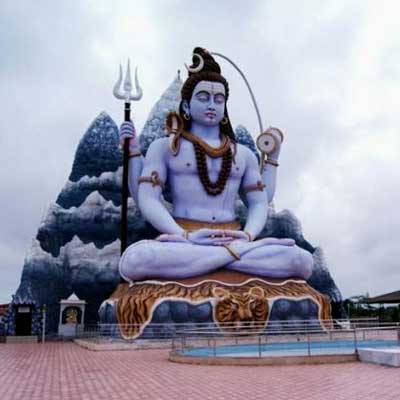 Hindu philosophy says, the sixth manifestation of Lord Vishnu, Lord Parasuram created this cave temple with his axe, after his severe penance towards Lord Shiva.

It is astonishing to see that the entire temple sit on a single rock with 500 stairs to be travelled to reach its main entrance. The cave with the vibrant self-manifested forms of Lord Shiva and Lord Ganesha are the fascinating highlights of this temple.

Though there is no specific calendar of festivals for this temple, the Shravan Shukla Sashti and Sapthami are celebrated very grandly with huge number of devotees attending the religious rituals. This annual celebration witnesses around 9lakh people. Musical concerts, discourses on religious domain are hosted every year, during August or September.

The temple is kept opened 24x7. Reaching this temple needs little trekking downhill and the travellers have to cross around 500 steps

Between August and Fecbruary, all the tourist destinations of Rajasthan are flocked by travellers from all corners of the country and the world.

Parashuram Maahdev Temple can be easily reached using any mode of transport from nearby cities and states.