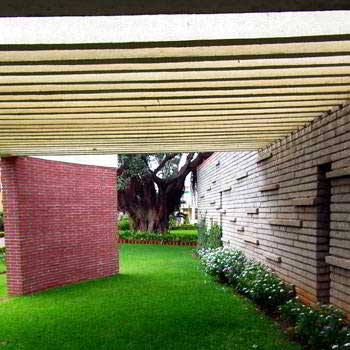 Established in 2001, Hindustan Aeronautics Limited(HAL)Heritage Centre and Aerospace Museum, the first of its kind in India which has a large collection of aircraft models, photographs, fighter planes, and helicopters. This is situated at HAL Airport Road about 10 kms, from Bengaluru City Railway Station. Spread over a land of 4 acres, the museum houses two major halls, where the first one contains the photographic display for depicting the growth of the Aviation department in India and the second hall is for the display of the motorized cross section of aero engine models and highlighting their functions.The Heritage Centre and Aerospace Museum is spread over 4 acres of land. Real time engines like Garret (Dornier) Adour (Jaguar) and Orpheus ( Kiran) are also seen here. There are also aircraft simulators, a mock air traffic control tower and an aero modeling club, besides a reference library at this center established by Hindustan Aeronautics Limited.