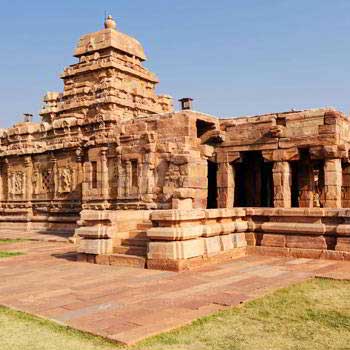 Belur, situated in the Hassan District of the South Indian State Karnataka is a city of architectural wonders. From the state capital Bangaluru, Belur is at a distance of 220kms. Belur is a very important tourist destination in the state. The city witnesses of hundreds of tourists every day. There is yet another tourist destination called Halabedu which is only 16kms away from Belur.

Belur is the place where the Hoysala architecture was at its peak. The main attraction of the city is the Chenna kesava temple constructed in the year 1117 CE. As the Hoysaka kings were very particular in bringing out an architecturally wonderful temple, they had spent nearly103 years in completing this temple in all aspects. The entire building of the temple is 37meters tall and built on a five feet platform.The main gateway tower called Rayagopura or Rajagopuram was raised by the Vijayanagara Kings in commemoration of their victory over the Cholas in a place called Thalakad.

The presiding deity of the temple is Lord Chennakesava meaning "Beautiful Vishnu" in the temple which has taken around 103 years for completion of construction. We will be amazed to see the dedication and devotion of the Hoysala Kings by looking at the ornate paintings and the wonderful figurines in the temple. It is believed that the Hoysala Queen Shanthala Devi herself danced in front of the temple during the construction of this temple which you see at the façade of the temple in the form of beautiful figurines in different dancing postures. Even today you can see the tourists enjoy dancing on the platform and recording those wonderful moments.

The intricate carvings on the walls depict the pictures of lions, horses, elephants, a lady with the mirror and dancing women make your visit to this temple more fascinating. Along with this temple, the Hoysaleswara temple at Halabedu and the monuments of Jainism in Shravanabelagola are proposed as the World Heritage Sites to be recognized by UNESCO.

Come and enjoy the splendid architecture of Belur and the get blessed by Lord Chennakesava.