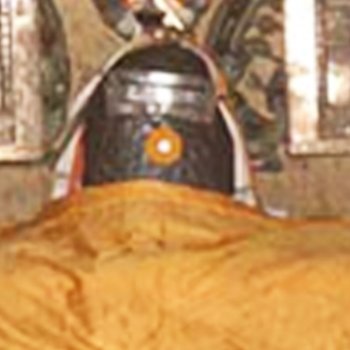 This magnificent temple lies in the Vaigai river bed. It was erected to commemorate the victory of saivites over Jains and to emphasise that Lord Shiva is the greatest of all Gods. It is also hailed as the 4th Thevara sthala in Pandya Kingdom.

The King of Madurai, Koon Pandyan was an adept follower of Jainism and he supported Jains by providing all their needs. Once he was hit by a dreadful disease. The Jains tried their best to eradicate his disease but all attempts were in vain. At that time a petite Brahmin boy came there and cured his illness. From that moment onwards Koon Pandian became a pious Devotee of Lord Shiva. Unable to bear their failure, the Jains challenged the petite boy to prove that his religion is superior by undergoing Analvatham (fire war) and Punalvatham (water war). Both their manuscripts were set in fire but to everyone’s surprise the small boy’s manuscripts were untouched by the fire, the same thing happened in Punalvatham also. Vaigai river engulfed the Jains scripts but returned back the boy’s scripts to him. This miracle happened in Thiruvengadam and thus the temple was erected.

This is a spectacular building sprawling across an area of 5 acres. The huge aisles are emblazoned with verses from Thevaram, the presiding deity is Lord Shiva (Edaganathar) with his consort Parvathi.

All festivals of Lord Shiva are celebrated in grandeur. The Sambanthar’s victory over Jains is called as Ethireriya Utsavam which is celebrated in Vaikasi.

This temple is located at Sholavandan which is 24 km away from Madurai.

Bus : Buses from Madurai Periyar bus stand takes you directly to this temple.

Airport : The nearest airport is in Madurai.