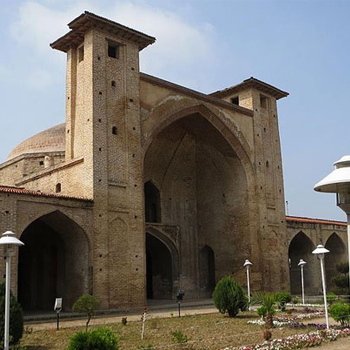 City of beloved is what Mahbubnagar in Telungu means. Though the history is hazy, it has its own significance and importance. Most interesting anecdote on Mahbubnagar is that, the priceless Kohinoor and Golconda diamonds were mined here. This serene land is dotted with lots of temples, which are very sacred and auspicious. Following are the list of places not to miss at Mahbubnagar. There are more innovative methods to do.

Behold the largest banyan tree in India, located at a distance of four kilometres from Mahbubnagar. This tree is the major attraction at Mahbubnagar, and is named as Pillalamarri. From few km away this tree appears like a small mound with green foliage, and as we near it, our pair of eye won't be enough to capture the whole tree in a single frame.

This huge wide tree is spread over a tomb of a Muslim saint, and shelter thousands of people for about many centuries. The mind-blowing fact about this tree is that, it is 700 years old and sprawls across an area of 3 acres. There is also an aquarium, a small zoo and an archaeological museum nearby for more entertainment. In Telugu, "Pillalu" means children & "marri" means a banyan tree, as this tree has got lot of branches (child) it is named as Pillalamarri.

Alampur is famous for the ancient Navabhramma temples, which is believed to be erected during 7th century. This sublime place is located at a distance of 200 km from Hyderabad. This place is considered to be very sacred and believed to be the western gateway of Sree Sailam, the revered Jyotirlinga Shivastalam.

The other corresponding gateways are Siddhavattam, Tripurantakamand and Umamaheswaram. The religious temples and Mandapam are erected during the reign of Badami Chalukyas, who ruled for about 200 years from the middle of the sixth century onwards.

If you want to buy best ornate silk sarees, then Gadwal is where you need to heed. This small village packed between the Krishna and Tungabhadra rivers, is famous for its hand loomed silk saris, with exquisite zari work. Every women would awe to wear this lovely smooth sarees. Apart from thos the natural scenic around Gadwal is also notable.

The Koilsagar dam, about 8 km from Koil Konda village, stretches across the Peddavagu, a minor tributary of the Krishna River. The western stretch of this picturesque reservoir is surrounded by high hills, making it a beautiful spot.

This hoary temple, sits elegantly atop a hillock on Nallamala forest and dates back to 2nd century A.D. From Hyderabad this temple is located at the distance of 150 km and closer to Achampet in Mahabubnagar District. Trail to this temple is very adventurous, as we have to walk through the steep dangerous curves and bends of 5 miles from the bottom of the hill. Commonly known as the Norht entrance to Srisailam (Jyotirlingam), this temple has Mallikarjuna (Shiva) and Bhramaramba (Devi). As the presiding deities.

The loveliest place in Mahbubnagar is the Mallelatheertham. For natural lovers and the ones who want to spend some ample time at peace, Malletheertham will serve the purpose. The lush greens on either sides is a great sight to behold and cascading waterfalls inside the forest is mind-blowing.

Manikonda is one among important religious shrine in Mahbubnagar district. This place is located at a distance of 6-km from Devarkadra railway station. Being a dense forest originally this place got its name "Mannemkonda" ('Mannem' is forest and 'Konda' is hill). And there is a lore that, in one of the forests in here Lord Venkateswara established Himself and graces from the top of the hill. This hill then became a prominent religious spot and a stunning temple was erected later on. The Lakshmi Venkateswara shrine is on a 915 m high hill that is 2 km from the village.

The ancient shrine of Vittaleswara is located at Wanaparthi. The Sarlasagar project nearby features the biggest syphon dam in the world.

This place is world famous through the stories of Balanagamma, which is written with the backdrop of this ancient village. This place has lots of religious significance as the Goddess Aidamma established Herself here and blesses the devotees. Every day poojas and offering are done to the Goddess. Thousands of devotees throng at this temples during the annual feast.

This hoary yet famous temple built by Krishnadevaraya is situated near the “Ratna Pushkarini’ lake. Srirangapur is situated at a distance of 12 kms from Wanaparthy, which is 100 kms from Mahbubnagar. The main deity at this temple is Lord Ranganayaka.

Beechupalli Anjaneya Swamy Temple lies in Mahbubnagar District in Alampur Mandal. It is in between Hyderabad – Kurnool route (NH 7), about one mile from Kondapeta. Rivers Krishna and Thungabadra merge at this place. The main deity is Lord Anjaneya. The main idol belongs to 16th century.

The Madhava Swamy temple at Kollapur was originally built by the 16th century A.D., on the left bank of river Krishna, at Manchalakatta. The architecture of the temple is exceedingly beautiful. All around the temple walls, the beautifully carved sculptures depict the 24 aspects of Vishnu. Various pillars supporting the mandapa, the Garudalaya, add beauty to the temple complex.

Due to the submergence under the Srisailam project reservoir, this temple was shifted to Kollapur. This temple is located at the distance of 180 km from Hyderabad and 110 kms from Kurnool and Mahabubnagar.

This temple was shifted from Sangameswar to Somashila, to avoid drowning from the Krishna water. This temple is dotted with lots of beautiful Shiva lingams. Being a Shiva temple festivals like Shivarathiri and Karthikeyam are celebrated grandly. Somasila is situated at a distance of 15 kms from Kollapur which is 158 kms from Mahbubnagar and 55 kms from Kurnool

Located 9 km from Kollapur 158 km from Mahabubnagar and 215 KM from Hyderabad, this place is famous for the ancient Agasthyeswara Swamy temple built between the 10 th & 16th century A.D. Festivals like Sivarathri, Kartiha Pournami, Masa Sivarathri and Toli Ekadasi are celebrated with great fervor.Another temple 15 km from Kollapur, is the Madana Gopala Swamy temple built by the Rajas of Jetprole during the 16th century A.D. The pillars, beams and the walls of the temple are richly adorned with beautiful sculptures.