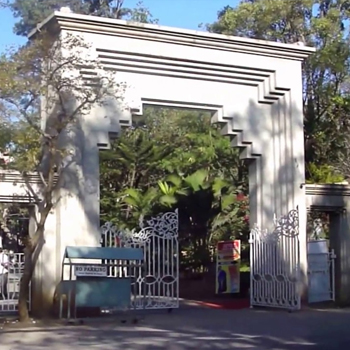 The arts which are at the verge of becoming obsolete have been revived by an academy situated in the heart of Bangalore city, is the Karnataka Chitrakala Parishath. It was established in 1960 by the founder President late M. Arya Murthy and founder Secretary late Prof. M.S Nanjunda Rao. This is an Art Complex, operating from the mid-sixties as the land mark for visual arts culture in the city and the State. This is one of the premier fine art institutions in the country. Its activities extend to dance performances, folk theatre, photography exhibitions, puppet shows and musical recitals. Chitrakala Parishath is a goldmine of paintings by famous artists including Roerich. It contains a graphic studio and an open air theatre. Artistes are encouraged to display their works in five halls dedicated for the prupose and available on hiring and pre booking. The academy has put forth maximum efforts in reviving many of the old forms arts especially Mysore paintings and Leather puppetry. Frequent workshops and camps are conducted for the benefit of the artists. The institution houses the Chitrakala Vidyalaya, a college of fine art forms, affiliated to the Bangalore University and offering courses in painting, sculpture, graphic art, applied art and art history.