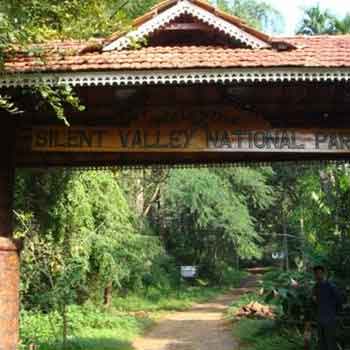 Palakkad, the land of hills, rivers, forests and lush valleys is situated at the foot of the Western Ghats. The name Palakkad literally means forest of Pala trees [Alstonia Scholaris], which means it was once thick jungle with sweet scented Pala flowers.

A 40 km low mountain pass between Palakkad and Coimbatore is known as the Palakkad Gap which is known as the gateway to Kerala. Palakkad is situated at the center of Kerala state sharing its border with Thrissur on the south west, Coimbatore on the east, and Malappuram on the Northwest. It is famous for its rich green paddy fields and hence earning the name “Rice bowl of Kerala”.

Summer - Summer is hot and humid in Palakkad with highest temperature recorded of 37°c and minimum of 32°c. Summer Season at Palakkad is during March to May. If you do not mind the heat, it is a fair time to visit Palakkad.

Monsoon - Season starts by June and ends by November. This is when the Monsoon hits Palakkad. This time is good to make a visit, but sometimes heavy rainfall will be a problem during outing.

Winter - Winter starts by December and lasts till February. This is the best time to visit Palakkad. The lowest temperature recorded during winter is 19°c. The nights are cooler during the months of winter.

By Road - The neighboring cities are Thrissur [90kms], Coimbatore [68kms] and Tirur [102kms]. There are frequent buses available from all these cities to Palakkad as well as all the cities in Kerala.

By Air - The nearest airport is Kochi [112kms] and Kozhikode [102kms] and Coimbatore [52kms]. All are connected through air to all the major cities in India as well as abroad. From the airport you can call a taxi or board in a Kerala Government Bus.

Walk along the bright green rice paddies, sense all unseen at the Paramabikulam Wildlife sanctuary, exchange vibes with the silent woods of the Silent Valley National Park, witness and experience the untouched natural beauty of the Nelliampathy Hills. Palakkad is probably the most picturesque destination in Kerala, which you shall never miss to make a visit.