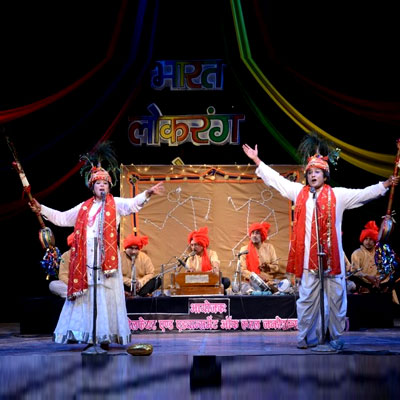 Traditions and cultural heritage of the Land of Royals, Rajasthan can be explored at its best with the theatrical art forms of the state. The Folk Dramas of Rajasthan are indeed best preserved and passed on through generations with major contribution from the tribal communities of Rajasthan.

Every region of Rajasthan has a different style of theatrical art forms and the most popular one is Khayal, while the other types include Rammat, Swang, Phad, Bhavai, Gavari and so on.

Let’s have a closer look at each of these Folk Drama categories popularly practiced in Rajasthan.

Practiced since 18th century without getting its charm lost over these years, Khayal is the finest form of folk drama in Rajasthan, depicting various mythological events and characters native to India since time immemorial. Owing to its style, Khayal is found to be practiced in almost all parts of Rajasthan with just the names differing such as Shekawati Khayal, Jaipuri Khayal and so on.

A dance – drama form of Rajasthani Folk Drama is Tamasha, actually introduced in Jaipur and practiced in different parts of the state. With much of singing and poetic conversations, popular episodes of Hindu epics are demonstrated. The Open Air Theatres called Akhadas are generally the venues for Tamasha Folk dramas entertaining large number of audience. Needless to say, the artistes would have found it so challenging to reach the last row of audiences those days when there was no mikes or speakers.

Behrupriya, the key actor in Swang style of Rajasthani Folk drama finds it so easy to convey the messages to audience in the form of songs, dialogues, poems, dance and mimicry. Yes, Swang Folk Drama is a blend of all these and undoubtedly the artistes practicing this since 15th century are multitalented to stage the drama. The historic texts written in Braj language are taken as reference for the contexts of Swang Dramas. 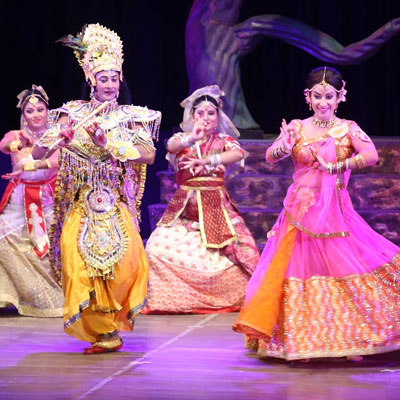 Lord Krishna and his life is the prime theme of Raas Leela kind of Folk Dramas. The interesting episodes of Lord Krishna’s life is depicted by Raasdhar, the lead role in Raas Leela. Solo and group dancing with recitation and chanting are the major parts of Raas Leela accompanied by various musical instruments. Best part of Raas Leela is that it makes the onlookers take part in the dancing and recitation at the peak of joy and happiness.

Bikaner and Jaisalmer regions are well known for Rammat Folk Drama which originated somewhere around 1880. With Nagada and Dholak as the primary instruments, Rammat is performed with various themes connecting Rainy Seasons, Lavani and Ganapati Vandana.

Gandharva, Bhawai, Nautanki are the other popular forms of Rajasthani Folk Drama. Rajasthan is most popular for theatre art, culture, tradition, history, heritage , architecture and other ideologies mesmerizing you with their uniqueness.