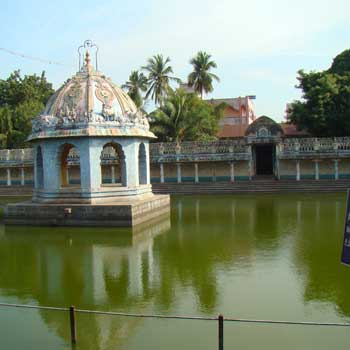 The temple is believed to exist even before the time Ramayana took place. It is found from the history that Ram and Lakshman had visited this shrine and worshipped Lord Vaithyanatha Swamy who is the ultimate healer of all diseases. The presiding deity is called Vaithyanatha Swamy and his consort is named as Thaiyalnayaki Amman.

It is strongly believed that people suffering from all diseases are healed with the power and benevolence of Lord Vaithyanatha Swamy. The Goddess Thaiyalnayaki Amman blesses his devotees with a pot in her hand which is filled with medicinal oil. The temple tank is called siddhamirtham. Taking a holy dip in the temple tank prior worshipping the God is considered to be very sacred. Dissolving jaggery into the water is believed to cure all kinds of skin diseases.

Besides all these things, the temple is renowned for the shrine of Angarakan who is one of the nine planetary deities. Worshipping Angarakan and offering him with red colored clothes, fruits and lentils is believed to rescue the devotees from the ill effects of all planetary transitions.

The annual festivals are the Brahmothsavam during January / February, Karthigai Festival during November / December . Kantha Sashti is celebrated as in other temples for Lord Muruga.

By Road : Vaitheeswaran Koil is situated at 7kms from Sirkazhi, 16kms from Mayilduthurai and 27kms from Chidhambaram. From Tanjore, one can reach this temple by travelling a distance of 110kms.

By Rail : The nearest railheads are Chidambaram and Mayiladuthurai.

By Air : The nearest airport is at Tiruchirapalli. From there, you can reach the temple Via Tanjore.