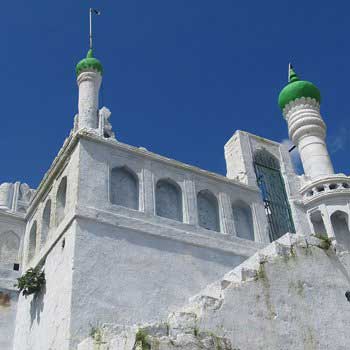 Medak, the vibrant city is in its lime light during the yester years, when it was known as Siddapur. This city was one of the most remarkable place where the rule of Kakatiyas flourished.

Festive and cultural events keep the city engaged throughout the year, most notably Bathukamma in the springtime is very famous. This small city has got myriad of tourist destinations that are sheer delight and pleasure to visit.

Behold the masterpiece of Kakatiyas architecture in the Medak Fort. This colossal built though hoary, never miss to impress the beholders. Three main entrances namely “Prathama Dwaram”, “Gaja Dwaram” and Simha Dwaram” adorn the threshold of the fort. The “ Gandabherundam” carries the insignia of Kakatiyas, the two headed birds and a trident etched on the cannon. This fort is completed during 12th century, by Pratapa Rudra, one of the Kakatiya emperor and is known by the name Methukudurgam. A bend of Muslima and style can be seen in this fort. Placed on a hillock, this fort serves best panoramic view of Medak.

The most important point of attraction at Medak is the “Medak Cathedral”. This mind-blowing cathedral is the largest single Diocese in Asia and the second largest in the world. The Gothic structure of the church, along with the bell tower is the most enchanting features of the church. The whole architecture is European.

This church was consecrated in the year 1924 and was built under the orders of Charles Walker Posnett, an administrator of the British army soldiers at Trimulgherry. During his army camp at Medak, he decided to build this gorgeous building. The 100 ft wide and 200 ft long church can accommodate around 5,000 visitors, in a sitting. Si different colored mosaic tiles that were imported from England adorn the floor of the church and the stainless glass with paintings of Jesus life incidents is yet another beauty to this church. The huge pillars built with grey stone support the gallery of the church. The square shaped valuators fixed on the ceilings, along with the hollow sponge material, make the church sound-proof.

Pocharam wildlife sanctuary in yester years was a favorite hunting ground to Nizams. The sanctuary sprawls across an area of 129 sq.km and is blessed with variety of flora and fauna. Reservoir adjacent to this sanctuary is worth a visit, as it attracts birds like the painted stork, bar-headed goose, brahminy duck and many more. And animals like the sambar, Nilgai, leopard, forest cat, sloth bear, wild dog, wolf, and jackal are found here

Explore the Neolithic age or the New stone age at the caves of Edithanur. These caves have rock carvings of early civilization and early life of men. If you are into history and archeology then this place is your cup of tea. Here you will come to know the traces of the earliest development of human technology while also holding on to the last phase of the Old Stone Age.

Kodapur museum houses some of the rare finest Buddhist and early historic structures from the periods of Satavahana and Kakatiya. This museum houses about 8,100 antiques. This is the perfect place to rediscover the past. Particles from the excavation of Kondapu village are also exhibited here. Since 1952, this museum has been under the supervision of the Archaeological Survey of India and is visited by lots of tourists every day. Barring Fridays, this museum is open to the public on all days from 10 am to 5 pm.

Having Goddess Kanaka devi as the prime deity, this temple is one of the most prominent temples in that region. People from other parts of India visit this temple to seek salvation from their sins. There is a small legend behind this temple. The legend has it that Maharaja Parikshit performed “Sarpa Yaga” in this place to get rid of his sins. While he was performing the yaga, “Karuda” the celestial bird was transporting the divine snake and as he reached this place, seven drops of blood of the snake fell, which later turned into rivulets. Then the King realized that taking dip in this sacred river will annihilate all his sins. From that day on people started to visit this temple and bath in this river to get rid of their sins.

Medak is steeped in its historical and cultural significance and is a delight for all travel enthusiasts. If you are in Telangana never miss to visit Medak.

By Air : The nearest airport is at Hyderabad which is 135 km from Medak

By Rail : Kamareddy station is at a distance of 29 kms from Medak