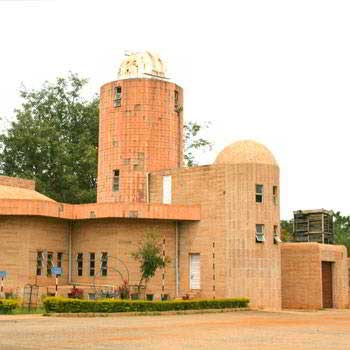 Located in the Sri T. Chowdaiah Road, High Grounds, Opp. Indira Gandhi Musical Fountain and Near Raj Bhavan, Jawaharlal Nehru Planetarium , was established in 1989 by the Bangalore City Corporation, now known as the Bruhat Bengaluru Mahanagara Palike (BBMP). The administration of the planetarium was handed over to Bangalore Association for Science Education (BASE) which was formed in 1992. BASE is an Autonomous Body which is registered under Karnataka Societies' Registration Act. The planetarium is perfect for star gazing and the children enjoy the “ Sky Theatre Show” which  unfolds the marvels of the universe, planets and the solar system.